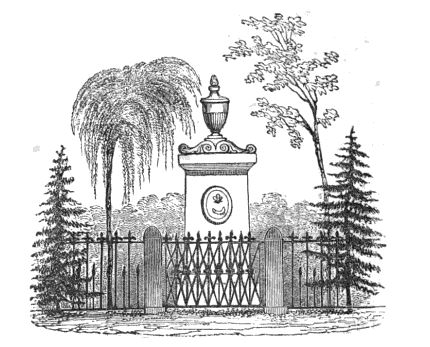 A Man Buries Himself Alive: A Story for Father’s Day

In this heart-rending story, a father’s grief drove him to literally join his lost child in the tomb.

A MAN BURIES HIMSELF ALIVE

HE TAKES POISON IN A TOMB

Sylvester Rupert, 37 years of age, an Englishman by birth, and by trade a ship carpenter, lived with his wife and two children in a house on Perdido street. In October last the yellow fever, then prevailing, counted among its victims the youngest child of the Ruperts—their little girl Lizzie, about four years old, and the particular pet of the father. This was a blow from which the father never recovered. Not able to buy a tomb, he had the child buried in the ground in Greenwood Cemetery. The grief preyed heavily upon him. It was his only thought; and, being out of his regular employment, he found employment in his grief.

He bought a burial lot and some bricks and other material, and with his own hands, and all alone in the Cemetery, built him a brick tomb. He had not the means to make the tomb a stylish one; so in its mouth or entrance he fitted a wooden frame, and on this frame he fitted a piece of board and secured it with screws in its four corners. On this board, with which he enclosed the vault,  (in lieu of the usual brick and mortar or marble slab) he had carved nicely with his knife the burial inscription of his child. The tomb finished, he disinterred the child’s body and placed it there. He fastened the board with screws, in order that he might afterward have no trouble in removing it when he felt like gazing upon the decaying remains of his child.

This employment finished, it was his habit to visit the Cemetery, open the tomb, and look at the corpse of his pet. He always carried a screw-driver in his pocket with which to remove and replace the board and also to remove and replace the lid of the coffin. Neither the haggard aspect of the shrinking little corpse, nor the foul odor of its decay could repel him, and his morbid grief. His visits were frequent, and sometimes his wife went with him. He frequently complained to her that he could not get work; and this inability doubtless fostered the despondency which was drawing him to death. He frequently spoke of having no faith in the future, and of death as a desirable thing.

On Wednesday he went to the Cemetery with two shrubs which he had purchased and planted them in front of the tomb. On Thursday, when he left home, he told his wife that if he had no better luck in finding work she would never see him again. He also said something about having a place in which to rest.

That evening, or that night—for no one saw him in his gloomy proceedings—he visited the cemetery; taking with him his screw-driver, an iron trunk-handle, a small rod of iron, a piece of wire, some new screws, and a large vial of laudanum. Unscrewing the board of the tomb, he threw away the screws and filled the screw-holes in the board with clay.

With his new screws he then secured the trunk-handle to the inside of the board. This work, of course, had to be done outside the tomb. Pushing his child’s coffin aside, he got in by its side, taking with him his poison and the other articles with which he had provided himself. His hat he placed upon the coffin; his coat which he had taken off, he wrapped around a brick for a pillow. He shut himself in with the board, by means of the handle he had screwed to it; the board fitting outside the wooden frame. The iron bar, which was of the proper length, he placed across the frame inside. The thickness of the frame would not allow the bar to pass through the trunk-handle on the inside of the board; so he secured the handle and the bar by means of his wire, coiling it through the one end around the other. He did not succeed in fitting the board squarely upon the frame. One corner of it caught upon the brickwork outside the frame; this he did not discover, probably owing to the darkness of the night; and but for this little circumstance his fate would probably have never been discovered, or not at least for many years. Having thus hid himself away, as he fancied, beyond mortal discovery, he drained off the contents of his laudanum bottle, composed himself on his back, placed the brick and coat beneath his head, and went to sleep, and on into the unknown region of the suicides.

As he did not return home on Thursday night, his wife feared the worst, remembering well the tendency of his late conduct and the tenor of his parting words. On Friday morning she rose early and went out to the cemetery. She looked all around, and failed to find her husband. She went and looked at their tomb, and was about to leave, when she happened to notice that the board did not fit snugly into the frame as usual. Looking closer, she discovered the mud in the screw-holes; and putting her hand on the board, found it was standing loosely. She pulled it out a little, and the first thing she saw was the dead face of her husband. She fainted away, and laid in the grass she could not tell how long. She recovered at last, got up and went and informed the sexton, Mr. Merritt, of her discovery. The latter went and looked at things, and sent word to the coroner; and the inquest was held, as we have stated, on Saturday.

The coroner’s verdict was in accordance with the facts so plainly apparent—suicide by laudanum.

This story was so detailed, yet so bizarre in its unique details of self-immurement, that I thought it might have been a journalist’s invention. Grave records show that Sylvester Rupert, who died 20 January 1859, is buried in Greenwood Cemetery.

Often the 19th-century press focused on brutal, drunken, or absent fathers, yet there are a distressing number of stories of fathers pining themselves to death or committing suicide to follow a dead child or being visited by the  prophetic ghost of a lost darling. A Cincinnati man who said that his daughter came and stood by his bed at night, begging him to come to her, cried, “There’s the wraith of my child—she’s winking at me—I shall, shall go.” He eluded his terrified family, ran upstairs, and cut his throat. In another sad case, a railroad engineer whose child had died set a place for her at the dinner table and spoke to her as if she was still there. He told his wife that the little girl accompanied him on the locomotive and assured him that he would be with her soon. Shortly afterwards, he was killed in a train wreck.

This is an excerpt from The Victorian Book of the Dead, also available for Kindle. Or ask your library/bookstore to order it. You’ll find more details about the book here and indexes here.