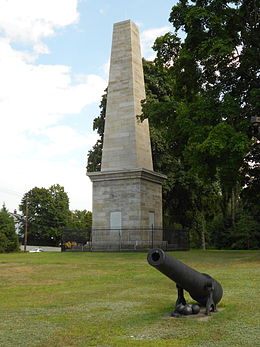 Nineteenth-century dreams, when reported in the papers are often “wonderful” or “singular.” They report deaths far away and warn of trouble down the mine. More rarely they suggest healing remedies as in this story of an anonymous young lady directed by a dream to make a pilgrimage to an unlikely site some 400 miles from her Boston home. The sequel was, indeed, singular.

That Led to Very Singular Results

On the late train from New York over the Valley road a week ago Monday night came three individuals to this city, two gentlemen and a young lady. A carriage was called and the party were driven to the residence of a well-known citizen on South Franklin street. The family were all absent, but the servants were evidently apprised of their coming, for they had no difficulty in gaining entrance and subsequently in being provided for the balance of the night. The next afternoon the party left in a close covered carriage which was driven across the bridge. One of the strangers was a man of elderly appearance, the other a young gentleman, while the third was a handsome, fair-haired woman, somewhere in the neighborhood of twenty. The appearance of all favored the supposition that they were of one family come hither on a visit. The truth is sometimes stranger than fiction, and last evening a Union-Leader representative was regaled with a story concerning these people, that has not, been matched for absolute interest in a good many years, and perhaps never in this section. It appears that the party were all from Boston, the city of classic culture and genuine aristocracy. The elder gentleman was the father of the young lady and the other was her family physician.

About three months ago the lady was suddenly seized with spells that resembled the situation of those in a trance condition. At these times she would utter strange things, reciting verses that were evidently coined while under the influence of these spells, and would play marvellously beautiful pieces on the piano, all strange and new. These spells lasted about an hour, and came once a day. Medical advice was obtained, but the physicians could not ascertain the cause of these strange, trance conditions. Though lady herself could not recall any thing that transpired while she was in them and was a good deal worried about what could cause them. She was healthy, unusually so, had no trace of insanity, was never injured in any way, and what caused the singular trances into which she fell daily, was a tormenting mystery.

About four weeks since the lady had a dream which so impressed her upon awakening that, she informed her family about it. She said that she dreamed of going to a city called Wilkes-Barre in Pennsylvania. That she crossed a river in a covered carriage and drove to a large monument, which stood a little off a main road that led by it. That upon arriving at the monument she entered the gate and walked inside. Just in front of the northern face of the tall shaft, lying in the grass, she observed a small white stone, not much bigger than a walnut, on which were seven, round, black spots, which she picked up and put in her pocket. She then went away, but before getting out of the enclosure she was met by an old woman who told her that as long as she kept the stone somewhere about her person she would never be troubled with the spells she was subject to. The family, very naturally, laughed at the vision, but the young lady did not seem to regard it in a funny light, at all. On the contrary, she was deeply impressed with the dream and avoided the family during the day. That night, strange to say, the vision was repeated exactly, as it was also on the third night. By this time the members of the family grew quite serious, and regarded the young lady’s dream with a good deal of awe and interest. Her spells continued, coming on daily about three o clock in the afternoon.

In the meantime the lady asserted her determination to visit this city and look at the place she had dreamed about. Her physicians were consulted, and after some days of hesitancy they finally agreed that it would do no harm to bring the lady here. It was on this occasion that she came a week ago Monday night, accompanied by her father and her physician. The wonderful part of this strange story is, that when the party who had no difficulty in locating the Wyoming monument as the object of the young lady’s vision, arrived there, she was permitted to go alone inside the gate up to the tall shaft. Her eyes were fixed upon the ground with an intensity of observation that was most acute. No word was said as she moved cautiously about until she arrived on the northern side of the shaft. Then she gazed with a deeper look. Slowly she passed her foot over the grass, missing nothing in the steady survey. Suddenly she stooped and with a cry of joy arose. She had found the very stone she had dreamed about. She carried it to her father, who examined it very closely and then passed it over to the doctor. Both were dumb-founded. Very few words were spoken and the party returned silently, all the more anxious to know if the strange spell would return again, now that the talisman that was to banish them had been found. The young lady passed through that day without her usual trance. The same thing happened on the next day when the party returned to Boston. A letter received from the young lady last night, says that she has not had any spell since she found the stone.

I have a suspicious mind, so I searched the Boston papers for any special mention of the Wyoming Massacre monument, which was often written about in the Wilkes-Barre papers, but not in those of Boston. Surely the young lady had heard of the city of Wilkes-Barre; it was a leading source of anthracite coal, although it was hardly contiguous to Boston.

I also went looking for inspiration for musical trance mediumship in the Boston press from about 1880 through early 1881. This was the heyday of the Fasting Girls. Mollie Fancher, of Brooklyn, was one of the most notable; she was famous for her clairvoyant trances and her violent convulsions. There were some other mentions of trance states in the Boston papers. “Noah Troyer, the Trance Preacher,” of West Liberty, Ohio, who had “strange spells,” and “intense” and “frightful” convulsions was the subject of an article in The Boston Weekly Globe 22 September 1880: p. 6, while the non-convulsing Miss Anna Ward spent “Five Weeks in a Trance,” worrying that she was about to be buried alive. [Boston Post 28 January 1881: p. 2 and Boston Weekly Globe 2 February 1881: p. 6]  A mystery man known as The Pennsylvania Sleeper was the subject of a lengthy feature in The Boston Weekly Globe of 13 April 1881: p. 8. And the Boston Post of 18 July 1881: p. 4 wrote about Lizzie M. Gannon of Boston, who went into trances where she saw the Blessed Virgin, who taught her hymns, which she then sang when she came to herself again.

Musical mediums do not seem to have figured in the press to any significant extent, usually only mentioned in passing as attending Spiritualist summer camps.

Obviously there could have been many other influences that might have subconsciously figured in the young lady’s dream revelations, but so far I haven’t found the smoking white pebble.

And what about that white stone with the seven white spots? It sounds very mythic. Did she bring the stone with her and pretend to discover it at the Wyoming Monument or was this really a case of far-seeing in dreams? The old woman is a nice touch, suggesting a fairy godmother or an intervening goddess. 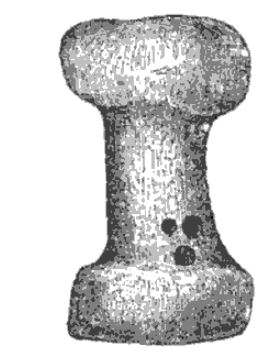 However, there is a long tradition of “healing stones” in Ireland and Scotland. We are not told the ethnicity of the family; certainly there was a large Irish community in Boston. There is an odd echo of walking widdershins around a standing stone as the young lady moved about the monument in search of the stone. And the dream is part of a long medieval tradition wherein a sleeping invalid is called by a saint to visit his sanctuary and be cured. It is a curiously secular destination, that Wyoming Monument, with its crypt full of the bones of martyred American Patriots.

Is there subliminal healing lore I’m missing here? Or, to be cynical, was the young lady just making it up as she went along? Perhaps our slumberous heroine was tired of carrying on some sort of trance imposture and used her dreams to end the charade. Yet, whether she was shamming or genuinely seizure-prone, her dream, following several well-worn archetypes, seems to have led her to healing. One wonders if the Wyoming Monument became a place of curative pilgrimage.

Thoughts on white stones with spots or why the Wyoming Monument? chriswoodyard8 AT gmail.com