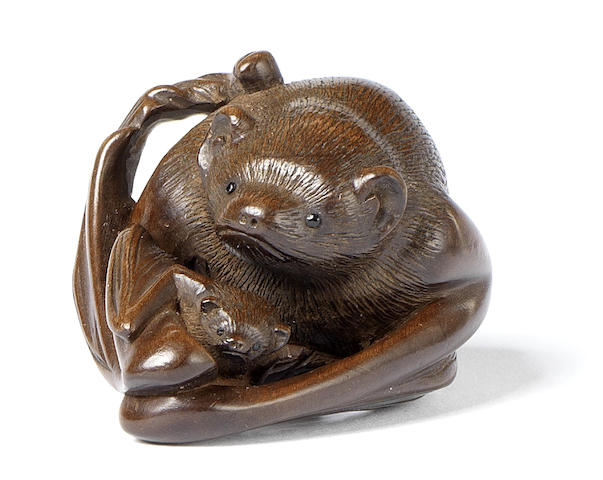 Tonight is “International Bat Night,” a celebration of Our Chiropteran Friends, who do so much to pollinate important crops, devour noxious insects, and inspire horror tropes. With their dire reputation as vampires and hair-entanglers, it is surprising that bats are so rarely the subject of Fortean tales.

Most of us are familiar with stories of entombed creatures. These are often called “Toad in the Hole” cases because the majority involve reptiles. Obviously embedded animals are more likely to be found in quarries and mines. While I’ve delved into the ghosts and Women in Black of the Pennsylvania anthracite fields, this is the first time I’ve found a story of bats in the coal.

Two Bats from the Coal.

Mr. Samuel B. Hoopman, of Baltimore, has in his possession two winged bats preserved in alcohol, which has a remarkable history. They were found some time ago imbedded in bituminous coal at Swanton mine, Barton, Alleghany County, Md., by Anthony Rees, who says they were taken by him from a solid lump of coal alive, and that they lived nine days after they were released. He also says that the impression of the two bats was clearly formed in the coal. These statements were made by the miner in writing to Mr. Hoopman. Mr. Rees states also that he is willing to make affidavit to the same. He informs Mr. Hoopman that there was no crevice by which the bats could have crept into the coal bed, and that plaster casts of the impression were made at the time the bats were released. These casts Mr. Hoopman is trying to obtain. The subject will be brought before the Maryland Academy of Science, of which Mr. Hoopman was formerly a member. Cases have been from time to time reported of toads being found in coal beds, where it is supposed they have been for ages. This is the first time Mr. Hoopman has ever heard of bats under the same circumstances. A son of Mr. Stephen S. Lee, one of the owners of the mine, is said to be conversant with the facts in this case as stated above, and to have seen the bats alive and their impress in the coal, which was unfortunately permitted to be broken or disintegrate in the open air.

Bats can squeeze through surprisingly small apertures, as anyone knows who has tried to keep them out of an attic, but the impression in the coal, if real, would be harder to explain away.

The only related case I’ve found is this one, from Oregon.

HOW THEY GOT THERE IS A MYSTERY

THEY DIED WHEN EXPOSED TO AIR.

A nest of live bats were found 100 feet underground in Snowshoe Gulch, near Cottage Grove, in Oregon, the other day. This is considered a most remarkable discovery, and those who have visited the place and seen the animals are at a loss to account for it,

John Dinman and Andrew Wilson have been developing a claim in the gulch by running a tunnel to reach the vein. The tunnel runs obliquely, and a few days ago, when a depth of 150 feet had been reached, the rock began to assume a different condition. It sounded loose, or hollow, in that particular spot, and the partners knew that they were nearing what in miner’s parlance is called “a change.”

Their “holes” were nearly loaded when this discovery was made, but they continued loading and then went to the surface and touched off the charge. Upon their return, they expected to find a vein uncovered, or at least a rock of different character from that through which they were running.

But quite a different matter attracted their attention when they went back to the end of the tunnel, and the circumstance has been the wonder of the entire country ever since. It has created an immense amount of discussion, scientific and otherwise, but no certain explanation has yet been adduced.

Instead of finding ore or any particular change in the rock they found the tunnel full of bats, says the San Francisco Call. The cause of the peculiar sound that indicated a change of ground was a small cave and into this their last shots broke and out of which came the bats. How the bats got into the cave is the problem, and what sustained them there? The point is about 100 feet below the surface and there is apparently no opening or means of ingress or exit. The bats when caught and taken out to the daylight appeared to be without eyes and able to fly but a little way; in fact, their wings were but meagerly developed. The first thing that attracted the men’s attention upon their return to the tunnel was the peculiar odor which, notwithstanding the amount of gas from the explode powder, was quite perceptible and disagreeable.

The only solution of the strange occurrence that has yet been offered lies in the fact that the rock is of metamorphic and aqueous origin, and, being in the Cascade Range, is of recent occurrence. The rock is a closely bedded shale, and at the time of the geological disturbance that put it into its present position the bats had their nest there and then became incased as they were found. It would seem, too, that the bats must be of that nature that becomes dormant and able to retain life without food. An effort was made to save some of them alive, but they rapidly succumbed to the sunlight and fresh air.

Given the date of the story, it is probable that these were one of the varieties of mouse-eared bats (Myotis) that are found in Oregon, just trying to hibernate during the winter months. Bats lose much of their body weight when they hibernate and are vulnerable if disturbed during this period. Shocked and perhaps internally injured by the blast, it was no wonder they “succumbed to the sunlight and fresh air.” I’ve been unable to find a consensus on how deep into a cave bats will fly to hibernate or colonize, but obviously the miners found it unusual to find bats at that depth.

Any other cases of bats in coal or rock? And what happened to the plaster casts and the bats preserved in alcohol–did they ever make it to The Maryland Academy of Sciences or, in the grand tradition of anomalous specimens sent to the Smithsonian, did they simply vanish? Echolocate answers to chriswoodyard8 AT gmail.com