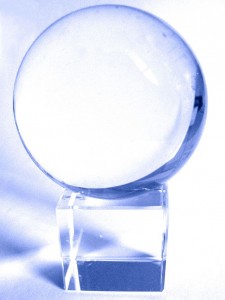 As we commemorate the Great War, let us look back at some of the alleged portents and omens of the conflict. As with any shocking, unprecedented event (such as the sinking of the Titanic) there were many prophets who came confidently forth, long afterwards, to boast of their accuracy.  There was a popular belief that “Coming events cast their shadows before.”  Surely such a cataclysmic horror might have given the world some warning?

As usual, we find hindsight is tremendously accurate, as in medium Laura F. Share’s account, published in 1920, about her alleged trance writings in 1914.

May I go back six months before the killing of Franz Ferdinand, in 1914, believed to be the beginning of the great world war which followed, and say at that time I began seeing, every night, as the sun went down, lines and lines of marching spirit foreigners pass our house, some carried children, many helped the aged and feeble, others led live stock, or carried household effects.

One has only to take up any of the photographic histories of the European war, to see the same pictures of homeless foreigners, battlefields, trenches, ruined cities, and horrible death-dealing agencies, never known before in any other war, that I saw as a moving panorama of the war, which was not looked for at that time.

I told my sister and brother what I saw. They then showed me many pages of prophecy written through my hand when I was in trance describing quite accurately, as time proved, the leading actors in bringing about the war, nations involved, the awful slaughter of the youth who sprang to arms, under the different flags of the world, to save their fatherland.

By this time Tim [the spirit of a dead English boy-thief] had developed into a noble character, as had hundreds of spirits, whom we had given a loving welcome to, when they came to us in their pitiful conditions.

Manning [one of the medium’s spirit guides] had proven to be a wise teacher. He was the Big Brother to the group of spirit boys he encouraged to go out into the world as missionaries.

Manning sent Tim overseas to get the facts about the war which he knew was coming.

Tim was eager to go. The information which he brought back, which my sister wrote down, dated and numbered, tallied with the telegraphic and newspaper reports of the inception of the war.

Tim continued to bring reliable information to us weeks ahead of newspaper reports of the same.

Had my husband been in the physical body at that time, he would have been able to give valuable information to our government, as he knew leading politicians who had availed themselves of useful hints given through my mediumship, who would have paid close attention to his information.

Tim was one of the leaders of the Spirit Red Cross Band, who were on every battlefield, in the hospitals, and wherever newly released spirits needed aid and succor; until he was released from active service to become one of the three boys who went as bodyguard to our President when he sailed for France.

Tim remained in that capacity until the President returned to America, not leaving him until our President gave up his speech-making tour and returned to Washington a wreck of his once vigorous self.

Then Tim came home, knowing he was not needed. He told us of the President’s real condition, months passed before the public had the same inside information of his affliction.

During the time Tim was recruiting the Spirit Red Cross workers, he found the spirit of the Englishman I once saw passing under the name of ‘Van Horn.’ [spirit of the man who had killed Tim]

Van Horn told Tim he had repented of his past misdeeds and accepted Christ long before a fever carried him out of his physical body.

Van Horn joined Tim in the movement to succor the unprepared spirits rushed by the tens of thousands across the Great Divide into the Spirit Realm during the World War and they became very warm friends.

The Life of a Spiritualist Medium, Laura F. Share 1920

The idea that the dead of the War needed a guide to ease their abrupt transition into the afterlife is also found in Joan Grant’s Far Memory, where she described “dreaming” of the battlefields of World War I. She wrote:

“I used to find myself on a battlefield, grown-up and usually in the uniform of a Red Cross nurse, although occasionally I was a stretcher-bearer. I knew I had reported for duty and received specific orders; either to explain to a man who had just been killed that he was safely dead, or to encourage him to return to a body that was not due to die yet, although it had been severely wounded.”

There is the same problem of post-dated prophecy with the lengthy “WAR PREDICTIONS THROUGH MRS. CHENOWETH,” Edited by James H. Hyslop, Journal of the American Society for Psychical Research, July 1920. These are notes on sittings with trance-medium Mrs. Chenoweth, dated 1914, and accompanied by Hyslop’s commentary on the actual news of the day.  I do not have the historical background to analyze the minutely detailed events of the War that Hyslop compares with the trance utterances. But if, indeed, this material was collected in 1914 why not publish it then? There is also the possibility that Mrs. Chenoweth was coming up with her prophecies by analysing the war news from the papers–the journalistic equivalent of a cold reading. Dr. Hyslop said that Mrs. Chenoweth didn’t read the papers, but got her news in little snippets from her maid and added rather unkindly that that she probably didn’t have enough intellect to comprehend the military campaigns or the complex political background to the conflict. Thus she could not have extrapolated her forecasts from the papers. Several of the communications were said to have come from Gladstone and Napoleon, although Hyslop says that the reader need not believe that statement to accept that the prophecies are accurate.

Frederick Bligh Bond, who said that ghostly monks told him where to excavate at Glastonbury, published The Hill of Vision: A Forecast of the Great War and of Social Revolution in 1918, which also related prophecies about the war said to have been received earlier.

Portents of the Great War were taken seriously enough that Ralph Shirley, editor of The Occult Review published Prophecies and Omens of the Great War, in 1914. Much of the material was challenged by Herbert Thurston in The War & The Prophets (1915).

Here are a few samples from Shirley’s booklet:

Out of the great mass of omens which occurred just prior to the present Great War the following striking ones may be called to mind.

At the celebration of Sedan Day (September 1) at the Saxon town of Artern, in 1911, hundreds of the inhabitants had gathered in the large square which has Bismarck’s statue in the center, when suddenly the sword which the figure of the maker of modern Germany holds extended at length, dropped from the statue’s hand and fell noisily to the ground. The fall of the sword was immediately followed by that of the sword arm of the Imperial Chancellor. In the next year, 1912, the Balkan War broke out, which was the precursor of the present crisis. About the same time or shortly after, as one of the results of an earthquake, which took place that autumn on the continent of Europe, a colossal statue of Germania was overthrown at Constance. Another even more significant result of this earthquake, in the eyes of the superstitious, was the rending of the solid masonry towers of the Burg Hohenzollern, the ancestral castle of the reigning house. A further omen of disaster, to Belgium, was the cracking of the famous Rouland bell in the belfry of Ghent, which has been held to symbolize for many centuries past the spirit of Flemish liberty. On July 22 of the year 1914 it cracked and broke when ringing. This incident was regarded at the time as a dire omen of evil. [See Prophecies and Omens of the Great War, Ralph Shirley, 1914]

In view of the above incidents, the damage which our own Statue of Liberty sustained from the missiles which rained upon it after the explosion of several barges of ammunition, which blew up in New York harbor on the night of July 30, 1916 [killing 50 people], may fairly be considered a serious omen for America, in view of the laws underlying such phenomena revealed in the following message [from Abraham Lincoln], and expecially in view of the fact that the missiles were fashioned by her own sons. [I omit the lengthy message from Lincoln, a jeremiad with such phrases as “O cringing nation! I know you not. O effeminate and degenerate rulers! I recognize you not! Souls of America, ARISE! AWAKE! Throw off this slothful death-gripping insomnia of unrest!” It seems that Lincoln was not an Isolationist.]

This next set of omens, of a medieval character, was published in 1915. I’m not sure whether the time frame makes them any more plausible predictors of the First World War. They are trackable in the historic record, but whether a “war comet” or unseasonable cold weather in Paris had any influence on the course of the War, I am not prepared to say.

In a recent number of L’Astronomie M. Camille Flammarion publishes an ingenious memoir (says the Scientific American), illustrated with quaint woodcuts from a sixteenth century work on prodigies, in which he shows that all the celestial and terrestrial omens of war in which our forefathers so firmly believed duly ushered in the great conflict now raging in Europe. These include (1) the total solar eclipse of August 21. 1914, visible in Europe and Asia; (2) Delavan’s naked eye comet, known as the “war comet,” discovered at the close of 1913 and destined to remain visible for the next five years (from which the superstitious might augur sever, years of war); (3) the transit of Mercury on November 7, 1914; (4) the fall of a 35-pound meteorite in England last October; (5) the great Italian earthquake of January 13, 1915; (6) a “tricolored” star, of which M. Flammarion promises to furnish particulars later, only remarking for the present that it was an optical effect much exaggerated by the popular imagination; and lastly all sorts of remarkable weather, including a wintry day in June of last year, with a minimum temperature of 41 degrees in Paris.

Is Prophecies and Omens of the Great War available anywhere online? Beam answers to Chriswoodyard8 AT gmail.com

I previously wrote about a”ghost map” of Europe that appeared on the wall of a Texas home during the War.