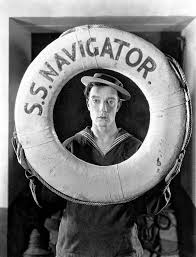 A Summer Water Safety Tip from 1895

Summer is in full swing and the sun, seashore, and sailboat beckon. Let me offer a brief and timely safety tip from 1895.

Air Injected Under the Skin Will Float a Man.

Dr. Schneider-Preiswerk, in Basel, has discovered a novel means of saving life in marine accidents, which, if generally used, will probably lessen greatly the number of lives lost by such accidents. His invention has been pronounced very important by the French Academy of Sciences, which in one of its last meetings listened very attentively to a lecture by Dr. Lanveraux upon the new invention. The inventor does away with all artificial belts and other floating appliances. He proposes to inflate the cellular texture beneath the human skin on the breast, which, if filled with air, forms a natural pneumatic belt, by the aid of which one may not only float himself, but even support another body. The idea is said to be perfectly practicable. It has been proved that a man weighing 160 pounds, whose specific weight is between 1.08 and 1.10, whose head may weigh seven pounds, needs only about 200 cubic inches of air within his body in order to float with the head out of the water. This amount of air is easily inserted into this hollow space beneath the skin with Dr. Schneider’s aseptic syringes, which will in one injection inflate from 20 to 35 cubic inches of air. The introduction of the point, which is only two millimeters thick, will hardly be felt. Such a pump is not even necessary. It is much simpler to use a little apparatus also patented by Dr. Schneider, which consists of a hollow needle, a thin rubber hose 18 inches long, into which the needle is inserted. A little aseptic cotton placed into the open end of the rubber hose is all that is necessary. The skin is simply raised, the hollow needle inserted into it and then the other end of the rubber hose is taken in the mouth and the man’s own breath blown into it. Two deep respirations, which are blown into each side of the breast, will be sufficient to float a man, however heavy.

While I thought at first that this was an April Fool’s joke, it appears to be a serious proposition. Dr. Schneider-Preiswerk, who belonged to a number of natural science societies patented at least one other invention: a folding sunshade for the gondola of a balloon, which appears perfectly rational.

This mad Michelin-man suggestion, on the other hand, seems to defy the laws of physics. My all-too-vivid imagination pictures panicked sailors on a storm-tossed sinking ship jabbing needles into their chests and frantically puffing away at rubber hoses. [Although, to be fair, some Mae West devices required inflation by mouth.] And I shudder at those “aseptic syringes.” Whatever was wrong with cork?  Or kapok? Or mattresses, as these 1917 naval recruits demonstrate.

Was this scheme ever carried out and would it actually work? Two deep respirations seem so inadequate. Chriswoodyard8 AT gmail.com