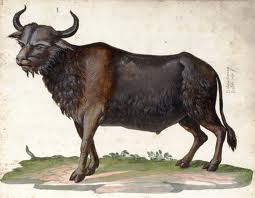 The Shape-Shifting Ghost of Bloody Run

Something strange appeared in Jefferson County, Indiana in December of 1885: It was a shape-shifting ghost—no two witnesses agreed on the same form—and it arrived with a whir, like the sound of a flock of birds. When mocked for his vision, the initial eye-witness offered a substantial reward to anyone who would go to the haunted spot and remain there for one hour, but no one could collect the reward; they were all too frightened by

A Spook Story That Has a Very Solid Foundation—A Fifty-Dollar Greenback Offered for a Solution of the Mystery.

Versailles, Ind., Dec. 13. The south-western part of this (Ripley county is all torn up over the visitations of ghosts in that locality. The report was at first discredited, but the excitement became so intense and the reports were substantiated by men of such prominence and veracity that your correspondent determined to investigate the matter. The haunted place is on the farm of Zeph McLaughlin, a large landowner living between Haney’s Corner, ten miles south of here, in this county, and Canaan, a small village two miles further west, in Jefferson county. The city of Madison is but seventeen miles distant. The haunted spot is on Bloody run, a tributary of Indiana Kentuck creek, and is in a wild and lonely wood between steep, rocky bluffs.

As every citizen from that locality who has visited Versailles in the past week has given a highly exaggerated report of what has been seen, a correspondent hired a horse and buggy and drove down there yesterday, with the intention of seeing for himself. For the past half century there has been a tradition that a band of robbers once inhabited a cave on Bloody run, and that a terrible tragedy occurred among them which resulted in the extermination of the entire number. The most interesting part of the story is that a large sum of money was buried in this lonely hollow. Many superstitious persons living in that neighborhood have long believed that some supernatural spirit guards the spot where the supposed treasure is buried, but Zeph McLaughlin has always sneered at the idea. He is a substantial, intelligent and prominent citizen, and is the last man in Hoosierdom to take stock in a ghost story, but he is a late convert and outspoken believer.

One week ago last Thursday night he and his hired man were coon hunting and the dogs treed some animal at the foot of a bluff in the haunted hollow. They were barking in a hole between the rocks, when McLaughlin and his farm hand came up, and they at once began to assist the dogs by raising the rocks. No sooner had they begun to dig among the stones than moans and sobs were heard distinctly on the bluff above. The men listened, and the noises appeared to come nearer, when suddenly an apparition appeared with a rustling noise like the whirr of a flock of flying pigeons. The men were badly frightened and they claim that the dogs were too, for it is said that they crouched whining at the feet of their master. The party made all haste to leave the accursed spot, and McLaughlin and his man were not slow in telling their neighbors their fearful experience. Many received the statement with jeers, but McLaughlin produced a fifty-dollar bill and offered it to any man or set of men who would go after night and dig in a certain spot and remain there an hour. This offer produced a genuine sensation, for it was seen that the man meant just what he said.

To say that the community has gone wild over it is putting it mild, for it has been the topic of conversation for the past ten days. McLaughlin’s offer has impelled several parties to undertake the task of earning his $50 bill, but they all have met with experiences much like his, and he still displays the tempting greenback, as none remained in the dismal hollow longer than the fractional part of an hour. Among the most prominent men who have attempted to explore the place are Hanson Kirk, Simeon Welch, William Wright, and a number of others. Postmaster Rynerson went down from Rexville, four miles distant, with the avowed intention of solving the mystery, but returned here with his curiosity satisfied and the dark mystery unexplained. The statements regarding the appearance of the ghost by those who have visited the haunted hollow and have seen it do not agree. In fact there are no two alike. Some describe it as a strange wild animal, others as a peculiar cow, and others as something that appears to descend from the clouds, or rushes down the side of the bluff. Whatever it is the country has gone wild over it, and the Spiritualists are happy. People from a distance of this belief are going there to see it, and others who are slow to believe such things are becoming firm advocates.

No one could be found who would accompany the correspondent to the dreary place after nightfall, and the hope of seeing the wonderful monster had to be abandoned.

Mr. McLaughlin says that many have undertaken a pilgrimage to the place, but no one has yet claimed his money. Some solution of this profound mystery must soon follow or the people in this part of Indiana will become firm believers in ghosts. Plain Dealer [Cleveland, OH] 16 December 1885: p. 5

When I transcribed this story, I figured it might fit nicely into a chapter on shape-shifting ghosts, a surprising staple of 19th-century ghost lore. The detail about the whirring wings was also unusual  and who wouldn’t be happy with a ghost at a place called Bloody Run?  But I am even happier to find the sequel to the story:

A Scheming Hoosier’s Trick to Scare the Natives.

A few weeks ago the BEE published the particulars of an alleged ghost which then flourished and fattened on the fears of the residents of Bloody Run, Jefferson county, Ind. Several armed parties of fearless anti-ghost believers camped in the Run at night for the sole purpose of capturing his ghostship, but they were invariably scared away. Ten days ago the exposure came and the sawdust bull of Bloody Run was captured and disemboweled.

A practical joker named McLaughlin was the author and chief engineer of the ghost. He had stretched a strong wire from the bluff, sixty feet above the Run, and connected it at a lower point on the opposite bluff. On this wire he operated the ghost—a canvas stuffed with sawdust shaped like a bull. The captors were J. W. Denny, an old soldier of pluck and good staying qualities, assisted by two other soldiers of pluck and nerve, Lon Baxter and James A. McGee, all armed to the teeth with knives and bayonets. Capt. Denny slipped his men in unknown to any one, stationed Baxter at the place near where the treasure is supposed to be hidden armed with a butcher knife. Denny and McGee took a position in easy supporting distance where they could have a good view of the field. Armed, the captain with a good hickory club and McGee with a bayonet used by his father in the war of 1812**, they waited and watched about three hours before the fellow who worked the wires let slip the bull of war, when, lo, horror of horrors, up in the air, near the top of the cliff, that monster of Bloody Run, made a running shoot for Baxter, who clinched his knife with a firm grip and looked Mr. Bull square in the face, but the fellow working the wires aimed to stop the bull before it would strike Baxter, so as to give him a chance to run, but the saw-dust stuffing in the bull having gotten wet and frozen, and the wires being full of frost, when he jerked the wire to stop the bull, the wire broke and the monster struck Baxter square in the face and knocked him twenty or thirty feet down the cliff, square upon his back, without the sign of wind in him, and he showed no sign of life for ten or fifteen minutes. Capt. Denny and McGee took in the situation at a glance, and went into Mr. Bull in true soldier style. McGee with his bayonet and the captain with his club, and in less than half the time it takes to tell it, that bull of Bloody Run, had no stuffin’ in him, and there is today at least a half a wagon load of saw dust where that fearful animal met his death. Omaha [NE] Daily Bee 17 January 1886: p. 4

Once again, we see the importance of looking for follow-up articles when chasing down historic ghost tales….

My database doesn’t have the original Bee article, but apparently the incident made enough of an impression upon the paper’s readership for the Bloody Run ghost to be mentioned in connection with another possible ghost hoax later in the same year.

Some practical joker is laying the foundation of a funeral at Eight-Mile Grove, Cass county. A ghost, worked on the plan of McLaughlin’s Bloody Run bull, has scared several teams and teamsters recently. Sometimes it howls like a kicked dog, and next appears like a goose. To add to the fear, the oldest liar in the neighborhood claims the ghost is twenty years old. A stray bullet will settle the joker before many weeks. Omaha [NE] Daily Bee 17 May 1886: p. 5

As always, I am amazed at the number of ghost hoaxes that were perpetrated despite the very real threat of being shot during a ghost panic.

Although one would think that the victims of his practical jokes would have murdered him sooner, McLaughlin died in 1897, aged 69.  The article doesn’t explicitly state that he was the man controlling the bull’s wire—I assume that the hired man was his confederate.  And what was his motivation for such a very elaborate hoax? “The last man in Hoosierdom to take stock in a ghost story” pulling a prank on his gullible neighbors?

Zeph “Zip-line” McLaughlin was extremely fortunate that Lon Baxter didn’t die as a result of his cock-and-bull ghost story or the sequel might have been very different.

**In checking for the reality of the people alleged to have uncovered the hoax, I found records for John W. Denny and Alonzo “Lon” Baxter being mustered out of the Union Army in 1862.  McGee’s 1812 bayonet is actually mentioned in a Jefferson County [Indiana] history from 1889 as still in the possession of James A. McGee, although not in connection with this incident.