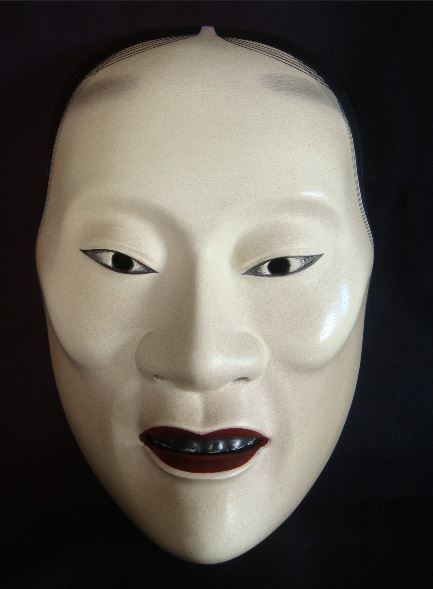 Today is the first day of the Cherry Blossom Festival in Washington DC.  It runs through April 15th by which time the ephemeral beauties will have fallen and faded, so symbolic of the transitory beauties of life. I suppose you couldn’t find a better symbol for the Buddhist doctrine of non-attachment.

That said, the cherry blossoms are only a pretext for introducing a Japanese ghost story of a cat possessed of an evil spirit, a murderous old woman’s ghost, and a suicide forest.

‘GOD OF DEATH’ IN NIGHTINGALE VALE

Spirit of Women Who Was Slain by Cat Appears Near Temple.

Tokio, Japan, June 13. The “God of Death” still haunts the Uguisudani (Nightingale Vale), not withstanding that electric lights have been put there. The valley is just back of Uyeno Park, and the ghost of the witch of the “God of Death” appears almost every night, it is said, by the road going to the Tennoji Temple of Yanaka. This place long has been one of the favorite places for suicides in Tokio, and the people who go there for that purpose invariably end their lives at dusk, when the dreaded apparition is due to show itself to mortal eyes.

According to many alleged beholders, the ghost looks like a haggard old woman called Saku Sekino, who dwelt in the village of Mikawashimura, near the valley. She lived all alone with an old brown cat. According to the tale as it is told in the Japan Times, the two lived happily until one evening the cat suddenly got up on its hind legs. Taking a towel, the animal put it over its head and about its face. Then it began to dance on two legs in unsuccessful imitation of a geisha dance.

That began to queer things for the old spinster. Every evening after that the cat pleased himself in going through uncanny antics. The woman began to be afraid of her pet. She was seized with a weird sense of fear, for the animal apparently was possessed of an evil spirit. She decided, finally, to get rid of the cat. One day she put the cat into a wicker basket and wrapped it up with a piece of cloth.

In the gathering gloom of twilight she went out with the bundle. Later in the evening she returned with the basket empty and told a neighbor that the cat had run away from her. On the following evening the neighbors saw the woman go out with the bundle. But that time only the cat came back home.

On the next evening the woman was found bitten to death by their cat in the bamboo bush just back of the Tennoji Temple of Yanaka. She had dreadful scratches on her face and all over her body. Her neck was so bitten that only the skin held the head to the trunk. In the hope of avenging the old woman, the neighbors killed the cat—or thought they did. But when the supposedly dead feline was placed by the remains of its mistress, the old spinster, all of a sudden it leaped to its feet and vanished. The neighbors in fright took to their heels.

This was thirty years ago, and since then the spinster’s ghost has regularly haunted Nightingale Vale. Every time her spook appeared there was sure to be found, later, one or more persons hanging dead from the trees. The old watchman of the Yanaka cemetery, familiarly known as “Gensan,” has lived there for many years and is a confirmed supporter of the story. The very sight of the ghost, he insists, often makes people commit suicide, and only a person born under a lucky star is superior to her influence.

The last time she was seen she got upon a tombstone and put her gray towel by a branch of the tree over her. Then she turned back and looked at the sexton in a way that made him yell and run.

Mrs. Makita, an old woman, who keeps a tea house in Uyeno [Ueno], goes there every morning from her home in Shitamachi, Kanasgui, and returns every evening through the haunted cemetery. Sometimes she meets there a person who asks her whether she had not seen an old woman passing her way. The person who puts that question to her is sure to be found next morning hanging dead from the tree, she says.

Note that this is not the suicide forest so much in the news a few months ago—Aokigahara, near Mount Fuji, but the belief that yurei, the spirits of the dead, lure people to join them is similar.

The Tennoki Temple is noted for its ancient cherry trees and for being the site of a pagoda destroyed when an adulterous couple set themselves and the pagoda on fire to atone. Uguisudani is now a licenced “Love Hotel” district, while Shitamachi, which was a working-class neighborhood, still houses the Yanaka Cemetery.

I wonder if the old woman still appears there to tempt travellers to suicide?  chriswoodyard8 AT gmail.com 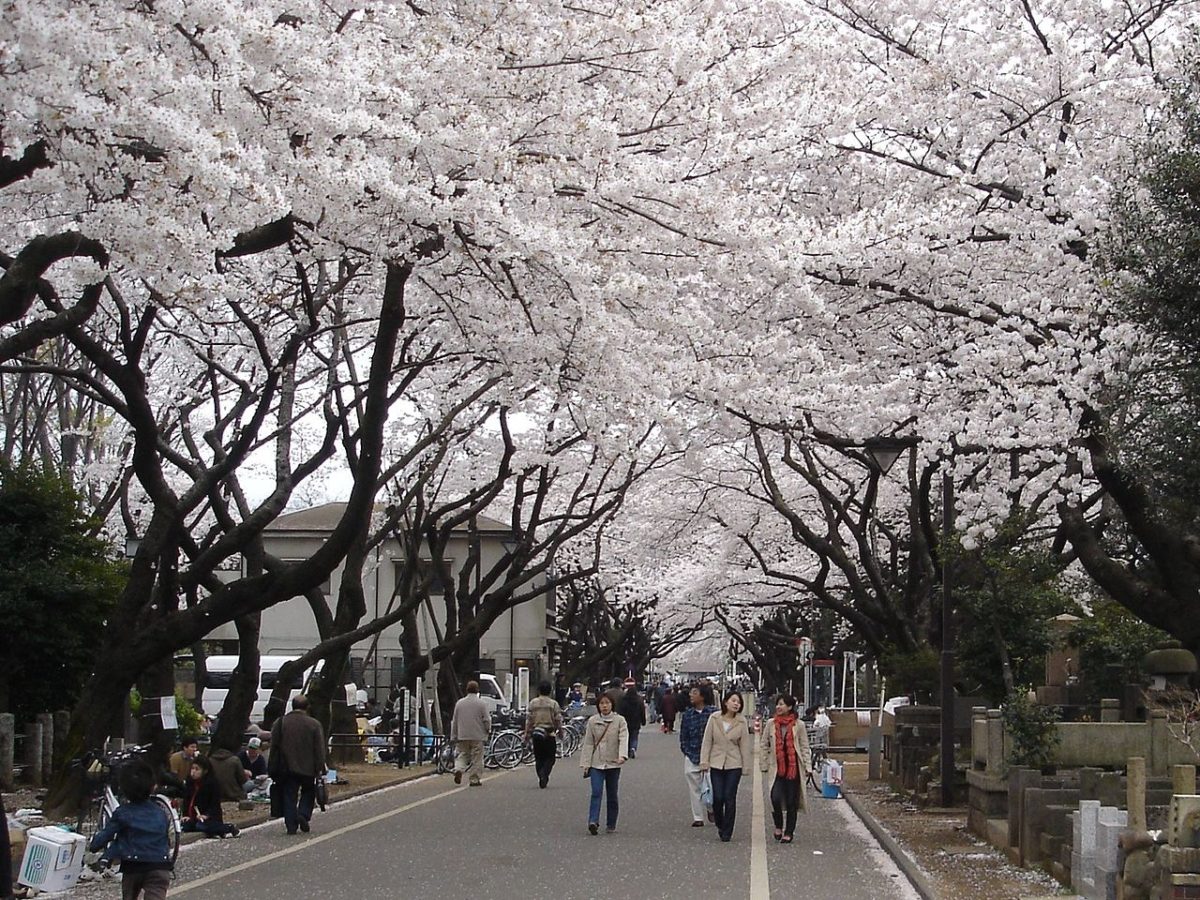