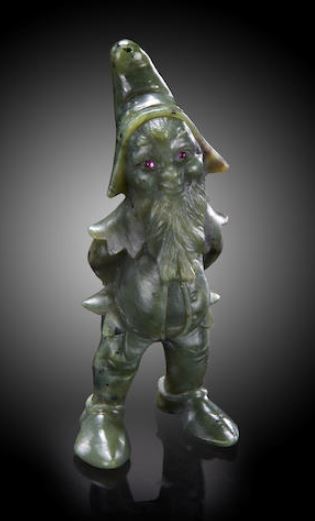 A busy day, so a short post about a truncated apparition. My first thought on becoming alarmed when visited by a mysterious flame would not be “speak to it.”

Strange things have been seen lately, and none more strange than the one we are about to narrate. The facts were furnished us by a gentleman of the highest respectability, who obtained them from the individual himself, to whose waking vision the wonderful apparition appeared. It seems that on the night of the 19th ult. About midnight, a Mr. Davis, of this county [Alleghany], was lying in his bed awake, having just awoke. Whilst lying there he perceived a small yellow flame—emitting only a small light—issuing from the floor, only a few inches from the stove, in the room. Becoming alarmed, he rose from his bed and spoke to the flame, it having by some magic means gradually increased until it assumed the form and figure of a very old man, but of very small stature—being only about three feet high. When addressed, it moved toward the window and faded into the yellow flame first seen. He took courage and spoke to it a second time, when immediately it re-assumed the appearance of the old man, but almost simultaneously disappeared, and arose in a flame at the head of his bed. Upon speaking to it a third time, it approached him.

Reaching for his axe, he bade the remarkable personage not to come where he was. But it answered, begging him not to strike, and it would show him where the money was. The door opened and they went out together. After disclosing where the money was, about which it had been speaking, it sprang from the porch, and went to the end, where the steps led off. Mr. Davis drew near where it was standing, and the little figure, taking his hand, bid him not to search for the money until a certain time, after which it suddenly vanished, and has not been seen since. Its hands and fingers were long, slim, bony, and cold. Mr. Davis says his hand has been in a numbed state ever since that little nocturnal visitor shook hands with him. It has often been seen before in the same house. How can it be accounted for? Cumbd. (Md.) Telegraph.

Perhaps it can be accounted for as a hypnopompic hallucination or some neurological disorder, given that numbed hand. The shape-shifting creature also suggests a treasure gnome. They often appear in mines or at treasure sites in the form of a will-o’-the-wisp. As is so often the case, I could find no follow-up to this story: did Mr. Davis ever find the promised money? He apparently did not take his eyes off of the creature—the essential requirement in similar cases involving leprechauns and treasure. The Welsh surname suggests the many corpse-candles, fiery exhalations, and religious luminosities found in that country.