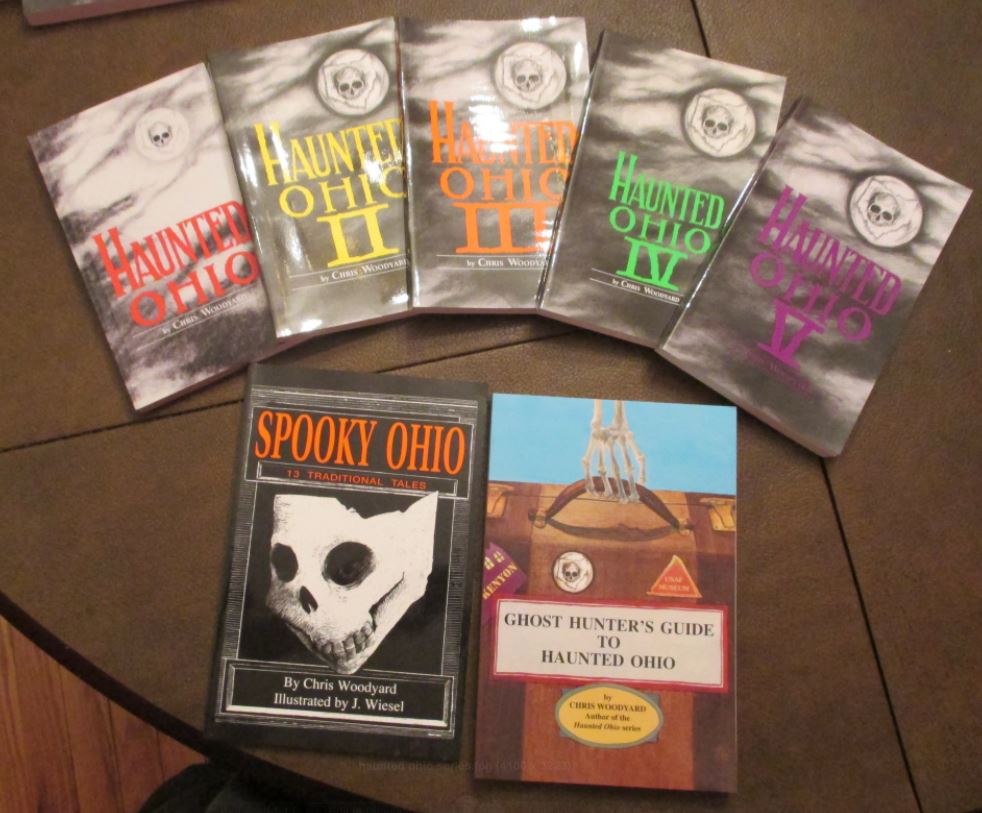 Ghosts for Christmas Presents: The Haunted Ohio series and The Ghosts of the Past series.

2016 marks the 25th anniversary of the publication of the first in the Haunted Ohio series. Since the holidays are coming, I’ll go all Shamelessly Commercial on you and mention that the following books are available at Amazon and other online retailers, and possibly at your local Ohio bookstore. (If not, suggest that the shop order some.) The books are sometimes discounted at Amazon, so go where you get the best price. But if you want an autographed copy for a gift, you can order through the Haunted Ohio Books website, which gets you free shipping.

The Ghost Wore Black: Ghastly Tales from the Past (stories from around the United States)

The Victorian Book of the Dead (Corpses, crypts, and crape: stories of Victorian death and mourning.)

If you’d like an autograph, please add the name when you send the Paypal payment or payment through the mail.  Order early–free shipping only covers media mail–to ensure you’ll have ghosts for Christmas presents.

We’re also in the final days of the Mystery Box o’ Ghost Books. 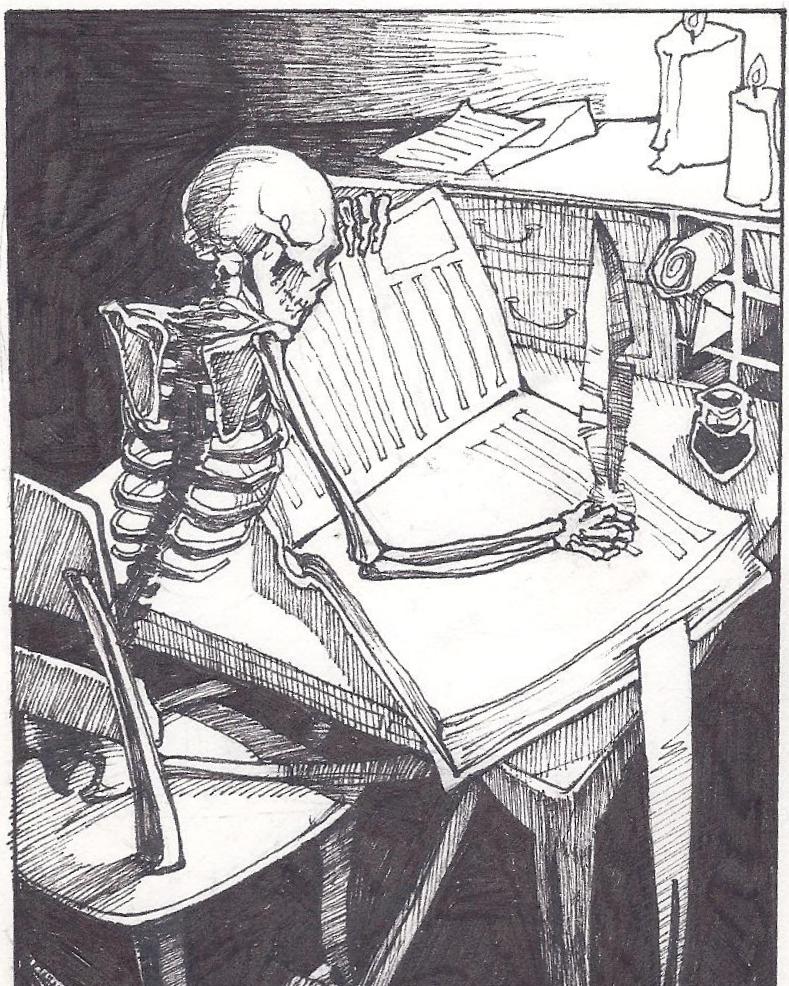 Here’s a press release about the big anniversary.

Kestrel Publications is delighted and terrified to announce the 25th anniversary of the publication of Haunted Ohio: Ghostly Tales from the Buckeye State, the first book in the popular “Haunted Ohio” series.

“It doesn’t seem like 25 years,” said Woodyard from her office near Dayton, Ohio. “It all started after I wrote a guidebook to Dayton. I asked local librarians if there was a book their readers wanted to see.  They immediately said, ‘We need a book of Ohio ghost stories.’  I had lived in a haunted building when I owned a vintage clothing store and knew people who had ghostly encounters, so I thought it would be a piece of cake to come up with ghost stories from every county in Ohio.  Was I wrong!  It took many years and seven books to cover all 88 counties at least once!”

Some of the more memorable sites that Woodyard described include:

The Ohio State Reformatory, where she had a memorable run-in with a dead inmate who wanted her to break him out of jail;

Collingwood Arts Center, haunted by ghostly nuns, both horrifying and kindly, as well as a terrifying ‘thing’ in the cellar;

The Wood County Historical Society, packed with ghosts of unfortunates who do not know that they are dead;

The U.S. Air Force Museum in Dayton, which houses several haunted planes and a dead helicopter pilot still trying to complete his mission;

Brownella Cottage, where the ghost of Bishop Brown and his wife Ella still walk their house, frozen in time;

The Buxton Inn, where Major Buxton paid a social call at 3 in the morning and rowdy, long-dead teamsters still party in the bar downstairs.

In 2013, Woodyard began a new series called “Ghosts of the Past,” where she exhumed historic newspaper and journal accounts of ghosts, grisly crimes, unexplained events, and mysterious phenomenon.

“I was surprised to uncover a very different back-story for the Headless Motorcyclist of Elmore. That and other forgotten tales have been put into The Face in the Window and The Headless Horror, the first two books in the “Ghosts of the Past” series.  Both focus on Ohio.

“The third book in the series is The Ghost Wore Black: Ghastly Tales from the Past. That volume contains Victorian and Edwardian ghost stories from across the United States. The title refers to the rash of mysterious sightings of women in black Victorian widow’s clothing that terrified residents of small towns all over America.”

Woodyard has also written a book of fiction entitled, A Spot of Bother: Four Macabre Tales.  This includes the first appearance of Mrs Daffodil, the delightfully opinionated and decidedly homicidal Edwardian housekeeper.  Mrs Daffodil, a popular blog and Facebook personality, is described by Woodyard as “Dexter meets Downton Abbey.” A Spot of Bother is available as an e-book.

“I have many more books in the works, including more Mrs Daffodil stories and a sequel to The Victorian Book of the Dead.”

Woodyard blogs about costume and history at MrsDaffodilDigresses.wordpress.com and about strange historical and paranormal stories from around the world at hauntedohiobooks.

“I enjoy blogging because I can flit from a ghost story to a gruesome murder, to Victorian mourning or strange deaths.”

Woodyard does not see herself retiring any time soon. “There is a wealth of historic material out there; most of it long forgotten. I’d like to resurrect more stories for my “Ghosts of the Past” books. It’s the series that will not die.” 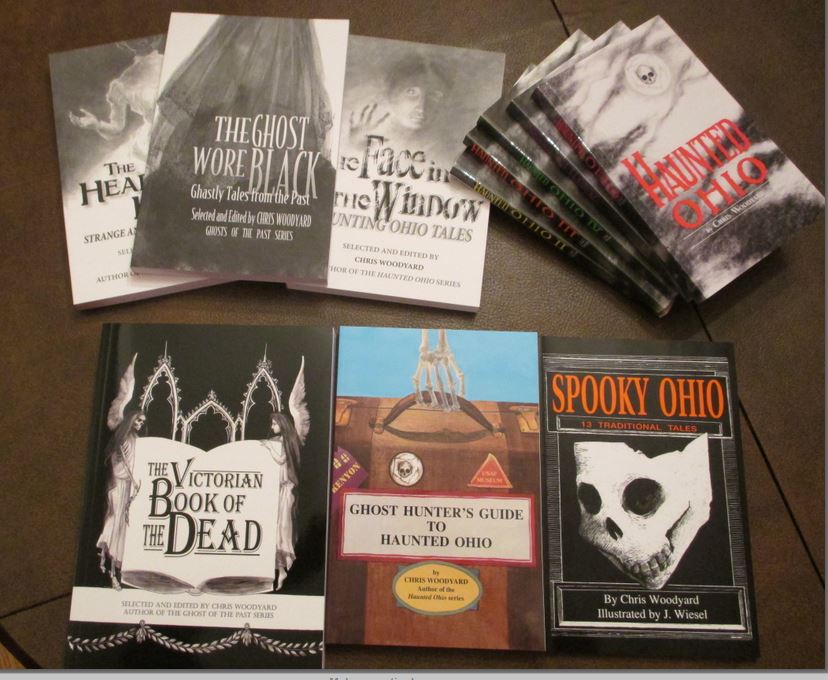