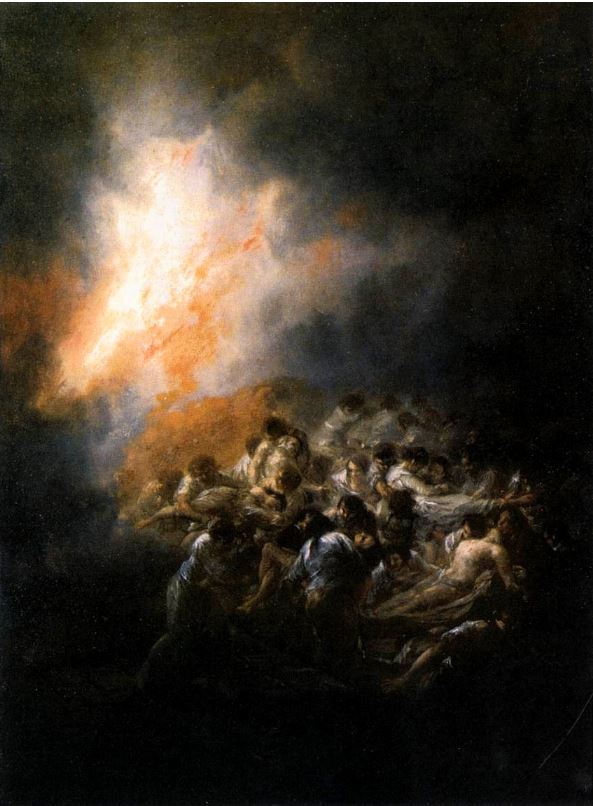 I’ve got a shocking cold and want to go back to bed, so here is a brief account of a strange humanoid “appearance” in Maryland.

The Baltimore Sun has been favored with a communication from a highly respectable gentleman, giving an account of a very strange phenomenon, superstitious persons would call it an “appearance,” which he had observed on the 10th inst., in a place called Brown’s Woods, in Queen Anne’s county, a place notorious for strange “things,” particularly the ignis fatuus which is frequently seen about the swamps in the neighborhood, and which has given a doubtful reputation to the place, which the last “sight” is not calculated to improve. The gentleman who tells the following story did not stop to drink at any of the— springs in the neighborhood.

“A remarkable phenomenon was observed on the night of the 10th inst., by myself and one of my neighbors, who had stepped over to see me in the afternoon, and who, after supper, I accompanied on his way home, which lay through the woods. It was about 9 o’clock at night. The atmosphere was damp, and somewhat chilling, and the sky was overcast with clouds, which threatened rain. A slight mist prevailed at the time and the evening was just light enough to afford us an indistinct view of the objects near us. We pursued our journey, talking upon various subjects as we went along; when near the woods our conversation was interrupted, and we were compelled to stop in consequence of the gross darkness which suddenly enveloped us. Casting my eyes around me, as I stood motionless, being unable to see the path, I found that the darkness was slowly receding. My companion, who was a few pace in advance of me, in a tone of voice expressive of agitation, called my attention to the cause of the darkness that had momentarily surrounded us. Looking in a northwest direction (the wind being light at the northeast,) I saw what I supposed to be a dense column of vapor, fifteen or twenty feet high, in form like a man of colossal proportions, slowly passing away to the southwest, wafted along, as I supposed, by the wind, which set in that direction. We gazed at this remarkable appearance until we could no longer see it, in consequence of the distance it was removed from us, and the intervening darkness which obstructed our vision, and after a few minutes conversation with my friend, upon this extraordinary apparition, or whatever it may be termed, I returned to my home, resolving to make it public, through the medium of the press, hoping that scientific men may be able to account satisfactorily for so extraordinary a phenomenon. I have thought, as those woods are remarkable for the luminous vapor mentioned in the beginning of this article that the phenomenon observed on the night of the 10th inst., owe its origin to a somewhat similar cause, but why it should assume the form of a man, must, I apprehend, forever remain a mystery.”

Any explanation for this vapor-man? It is not clear if it was luminous. Or other reports of “strange things” from the notorious Brown’s Woods? chriswoodyard8 AT gmail.com