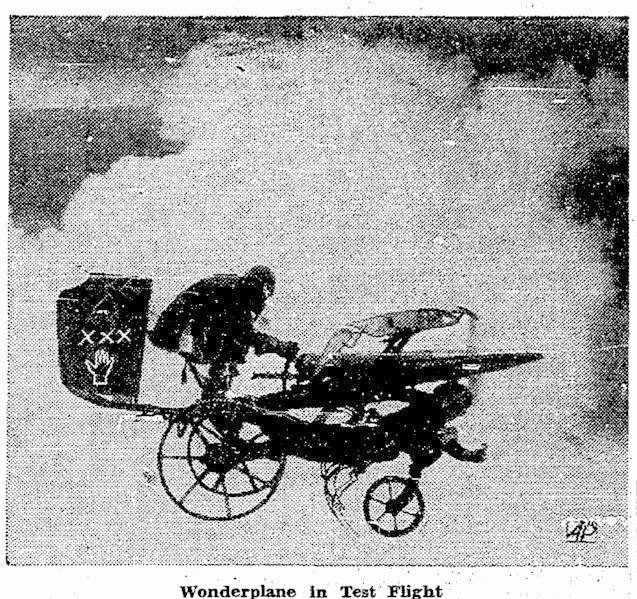 Instead of the stale exploding cigars and cotton-filled doughnuts of the standard issue April Fool’s Day, I give you a Ministry of Silly Wars item.

Or Our British Cousins’ Idea of a Joke

Having a gibe at his own business, a British airplane maker has distributed these pictures with a description of the “wonder-plane.”

The circular quotes the “Daily Excess” report of the plane’s test flight. The inventor, “Aloysius John Williamson Leggepul, suspenders vendor, of Little Tootingham on the Tosh,” told the “Daily Excess” his plane was designed for backward flight only, thus eliminating the danger of a head-on collision.

You can see the sky’s the limit with the British Sense of Humor. 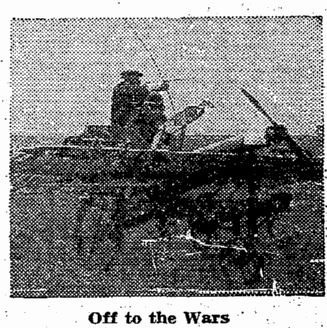 Wonderplane Off to the Wars

Although the image above is not optimal, I particularly like the pilot with his Agincourt long-bow and arrow, poised, no doubt, to puncture a pesky Zep or wing a Taube.

For a “genuine” Wonderplane that could easily have been a long-running April Fool’s joke, see my previous post on John Van Valkenburg and his Amazing Wonderplane.