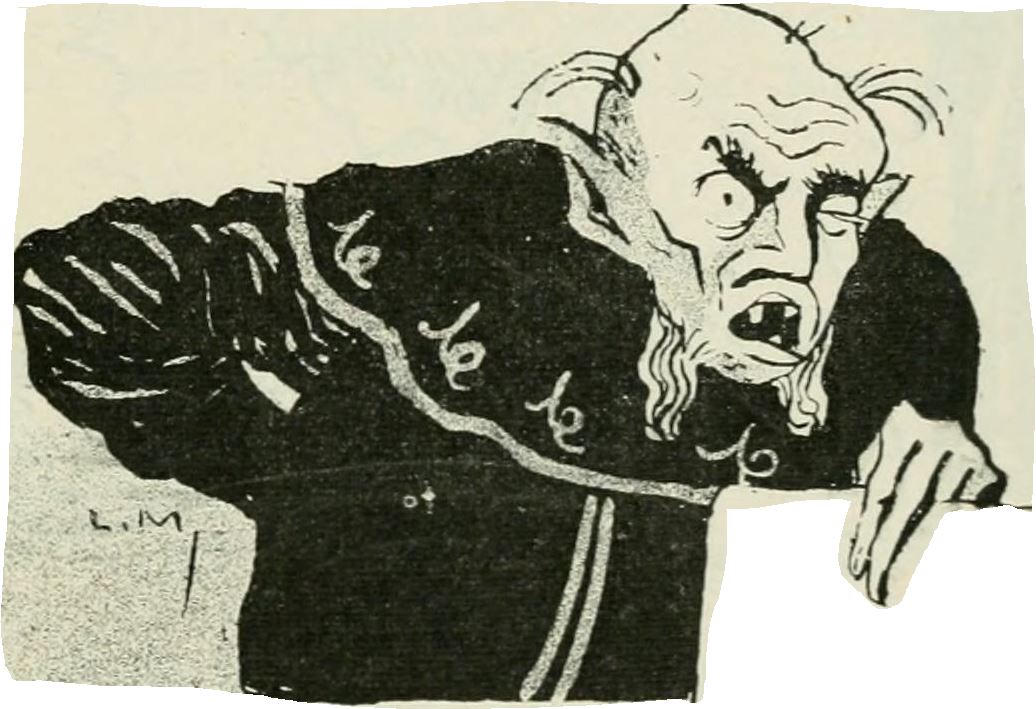 There is a belief–and I suddenly realize that I have no idea where it comes from or where I first heard of it–that persons born on Christmas will become vampires. “Slavonic folklore” is the best I can find.  Belief in blood-suckers persisted longer in Eastern Europe and Russia than in Western Europe and was even brought to the United States by Eastern European migrants. Vampires were dreadful and dangerous creatures; remedies to ward them off are legion in folklore.  From an unspecified location in Russia comes this story of a helpful revenant of remarkably solid aspect. Despite his apparently concern for his family; the man’s widow was terrified by his apparition and of the accusations from  neighbors that he had become a vampire and needed to be staked in his grave before he started stalking and killing the villagers.

Psychische Studien, for April contains an article by Frau L. von Annoka, which is interesting as showing the persistence in Russia among the peasantry, of the belief in vampirism, and the following translation has been made, for The Journal:

Now [said Frau von Annoka of a Russian widow] she came to me for consolation and related the following: “Two weeks before Christmas I felt so weak that I was seriously afraid I was going to be sick. Then came one evening my man and brought me a handful of herbs and said: ‘Boil this, and drink it cold, then you will be well.’ But I feared it might be something bad and laid it one side, but said nothing to anybody about it, but prayed the Lord to protect me. Then my man came the next evening and said: ‘How can you believe I meant you harm. See, I believe in the same one God as you. I too, have the grace of the Savior comforting me. Take what I have brought that you may be in good health for the sake of our children. Then I boiled and drank it, but this little I have saved to show you. It was a leaf of money wort, a leaf of belladona and a leaf entirely unknown to us. Thereupon I became quite well. But I could not go for white clay to whiten my hut, and this worried me much, for Christmas eve was near at hand. Then, on the third evening before Christmas, as three neighboring women were sitting with me and spinning, the door opened and my man came in with a sack on his shoulder, and while he was emptying it on the floor in the middle of the room he said, ‘There, I have brought you white clay so you may whiten your hut before the holy day. Don’t trouble yourself in the future any more with such a trifle. God will not forsake you.’ Then he turned to the stove near which the children were sleeping, laid his hand on the smallest, which was born after his death, and vanished. The neighbors saw and heard him exactly as I did. All the neighbors advised me not to touch the clay; it was sent by the Evil One. I did not take it, but got from a neighbor what I wanted.

Then, on the following evening, as again some women of the neighborhood were with me—I invited some in to spend the night, for I was afraid of the Evil One—my poor man came in quite sorrowful and cast down, and, without speaking a word, took the clay in an empty sack he had brought with him and carried it out. There remained only a few particles of clay, and the place where the clay lay, remained all the next day still wet. I didn’t disturb any of it in order not to give the Evil One any power over me. The neighbors (women) saw my man exactly as I did. On the third feast day my youngest child died. Now it is said in the whole village that my husband is a blood-sucker (vampire); he would drag out of life still more to live on their blood, and the community hence resolved to open his grave and drive a stake through his heart, so that he might lie in his grave pinned down fast, so he could suck no more blood. Oh lady, help me! Advise me what to do. I would rather die than allow my good man’s heart should be impaled in the grave.”

I gave her consolation, advised her to go next morning—a Sunday—to church, and there to pray earnestly; to give the poor there money with the request to pray for the dead man, too; to take holy water and sprinkle her with it, then, I said, the spook will vanish and do no more harm.

“Yes, lady; all this will I do, but please no money. I can give the poor nothing.” I gave her 80 kopecs, 50 for a mass for the dead and 30 for the poor. The woman followed the advice I gave her fully, and her husband returned no more, and hence was not disturbed in his resting place.

Why did I advise holy water for the woman? The poor tormented woman could only be guided into another course through her devout beliefs, a course in which she would come to her normal consciousness. She had a firm belief in my word and her belief helped her.

I’m not entirely sure what the white clay was for although some peasant huts were made of clay; perhaps this was pre-holiday house-freshening? Frau von Annoka seems to have scant respect for her narrator, dismissing the bereaved woman’s fears as peasant superstition and acting like she invented the use of holy water to dispel evil entirely independent of the Church. Not a sympathetic character. But at least the conflicted widow was not tormented any longer by her dead husband, although I felt sorry for him, as he picked up the clay, quite sorrowful and cast down when he thought he was doing something nice for his wife. I wonder, though, what he was about when he put his hand on the head of the child who died. Was it a gesture of tenderness for the posthumous child or a sign that it was wanted in the land of the dead?