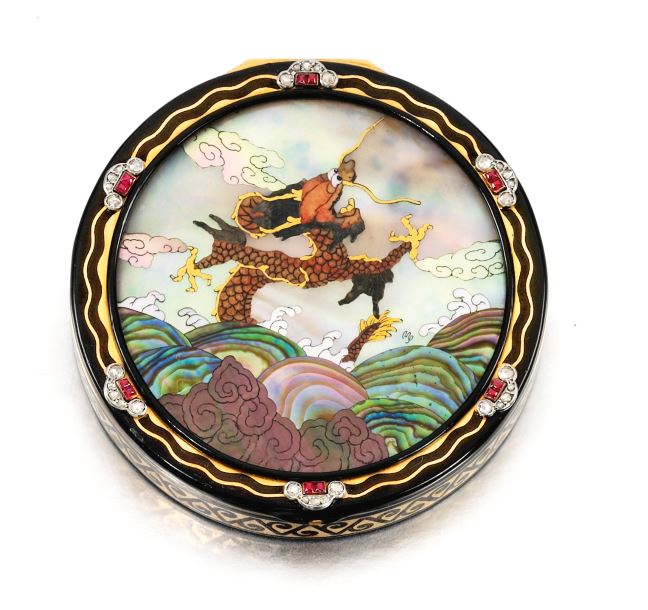 Appreciate a Dragon Day is one of those whimsical holidays that nobody gets off work. It was apparently invented in 2004 to promote a fictional dragon story, but it is an excellent excuse to share some draconine images, from both the fine and decorative arts.

Book illustrations, of course, are an easy source of dragons. Let’s start with a rather pig-snouted one from The Dragon of Wantley: His Story by Owen Wister (yes, The Virginian Owen Wister). 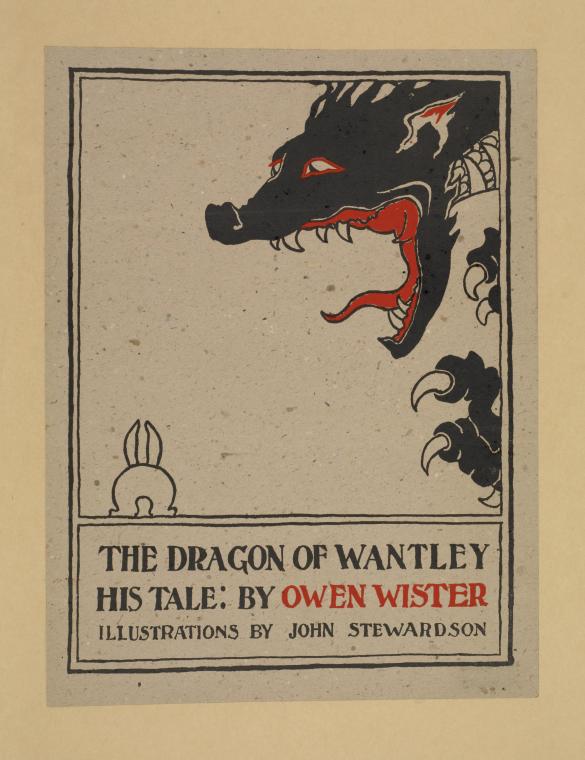 The Dragon’s Story by Tudor Jenks features a dragon like an eager puppy about to bestow sloppy dragon kisses on his master.

This illustration is “The Dragon Flew Off with the Empress” from the fairy tale called “Nine Pea-Hens and Golden Apples” from The Violet Fairy Book. The Empress doesn’t seem terribly worried. 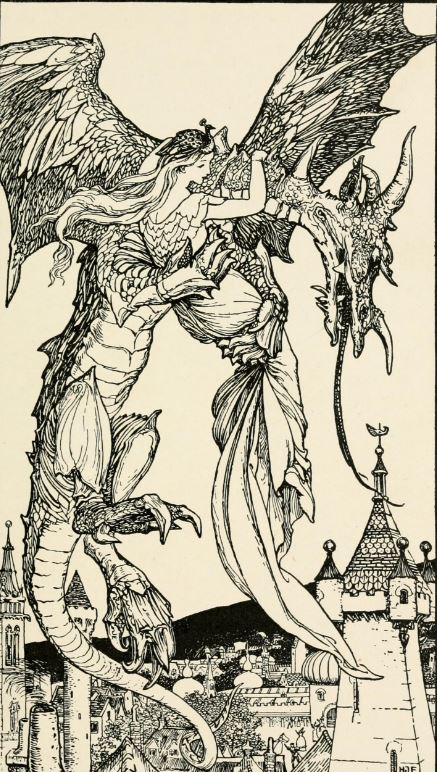 Appreciate a Dragon Day The dragon carried the empress away, The Violet Fairy Book, 1906

The dragon was the Chinese symbol for the Emperor and appears on much of the clothing designed for the Imperial court. They represent the male principle in nature and were believed to bring rain. Five-clawed dragons were reserved for the Emperor, although he could present a five-clawed dragon robe to a favored dignitary. This particular dragon is less fierce and, to be frank, a little goofier than some Imperial dragons. 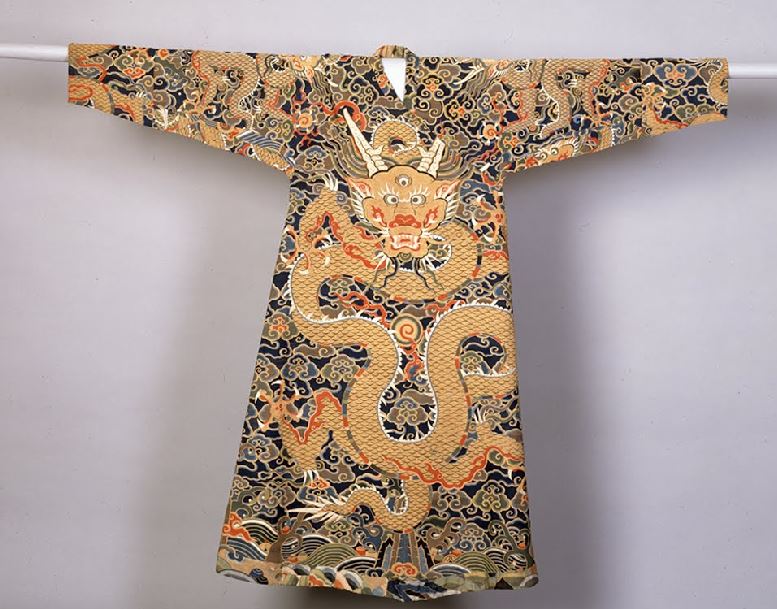 The articulated bronze model of a dragon by Myochin Muneyoshi is one of those objects I would sell my grandmother to possess, even if the head looks a little like a Gary Larson cartoon. 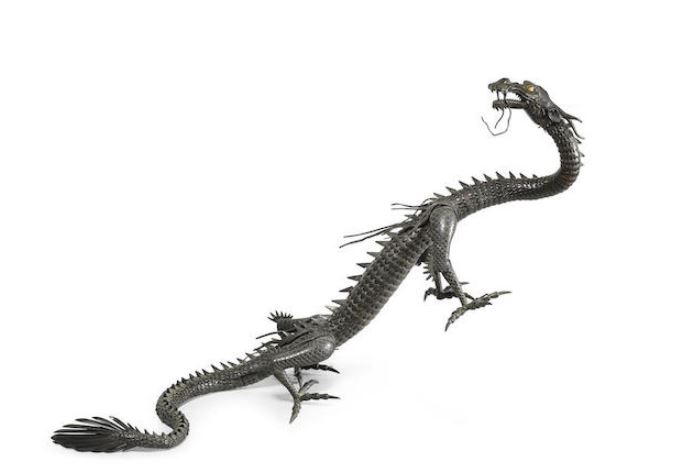 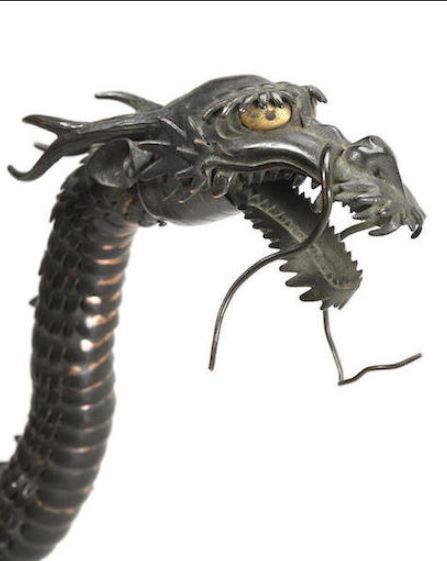 These rainbow dragons incongruously slithering around dainty porcelain vases remind me of that scene in Harry Potter and the Goblet of Fire where the dragon scrabbles for purchase on the roof tiles. Out of their element. But nicely synchronized. 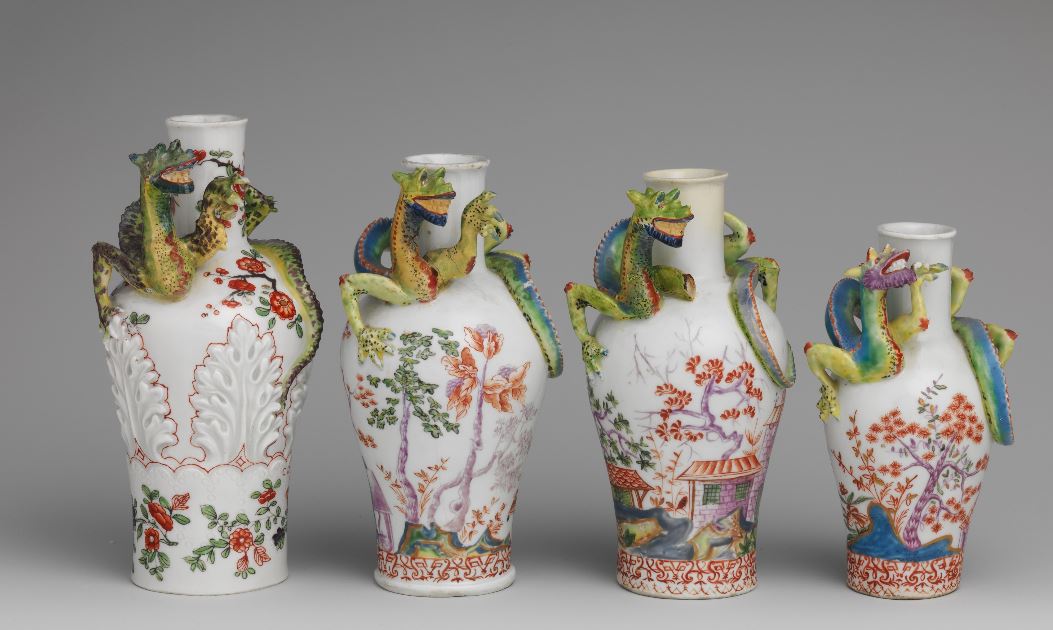 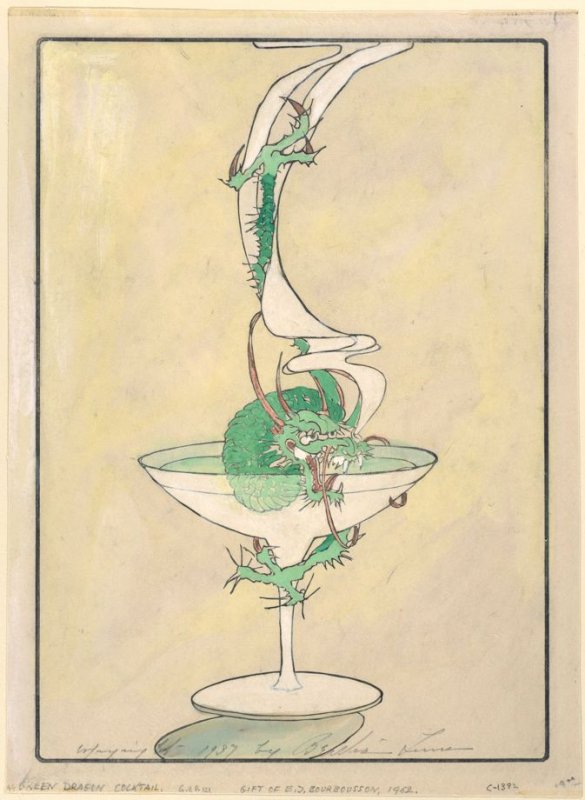 Perhaps more wholesome would be the golden, sun-ripened fruit touted by this fruit crate label. 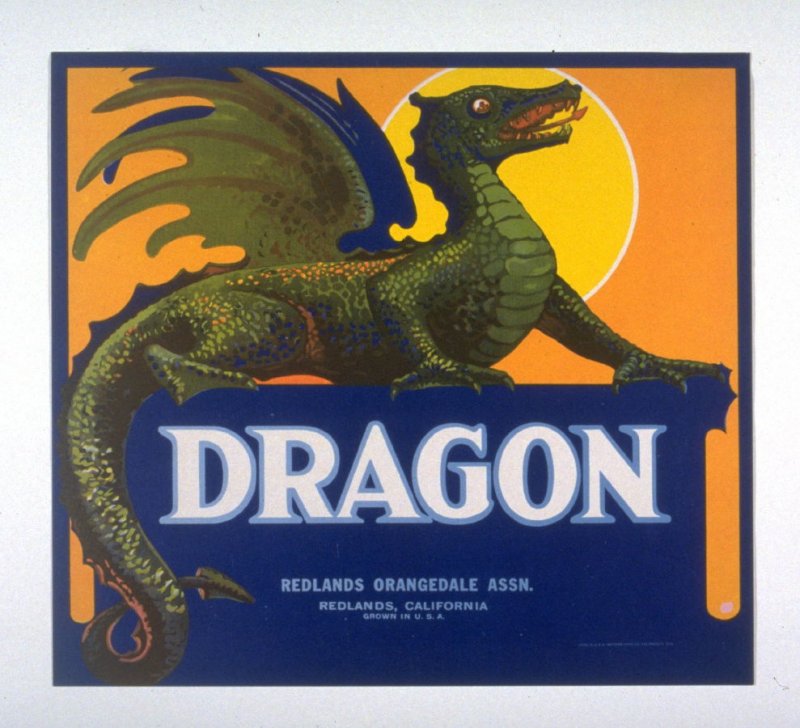 The dragon, of course, is the symbol of the Old Enemy. St. Margaret of Antioch, pictured in this Hungarian Mystic Marriage of St. Catherine, was swallowed by Satan in the form of a dragon. She is often depicted bursting from the belly or mouth of the dragon. Here she has the Beast on a leash, looking like a badly trained puppy. 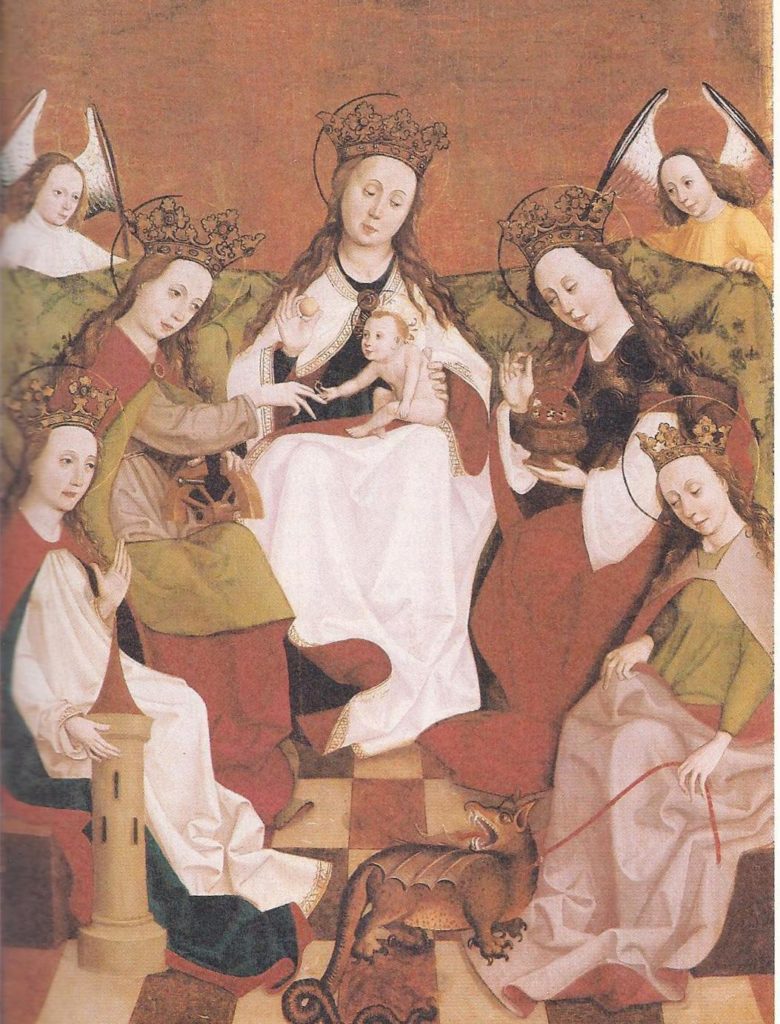 We could not let Appreciate a Dragon Day go by without a salute to St. George and the Dragon.  Here, again, is a piece I might be persuaded to sell my soul for, Rogier van der Weyden’s St George and the Dragon. The painting is the size of a post-card and yet you can make out the details of the walled village and castle in the background, the tiny horsemen, every detail of the armor…. It is astonishing. 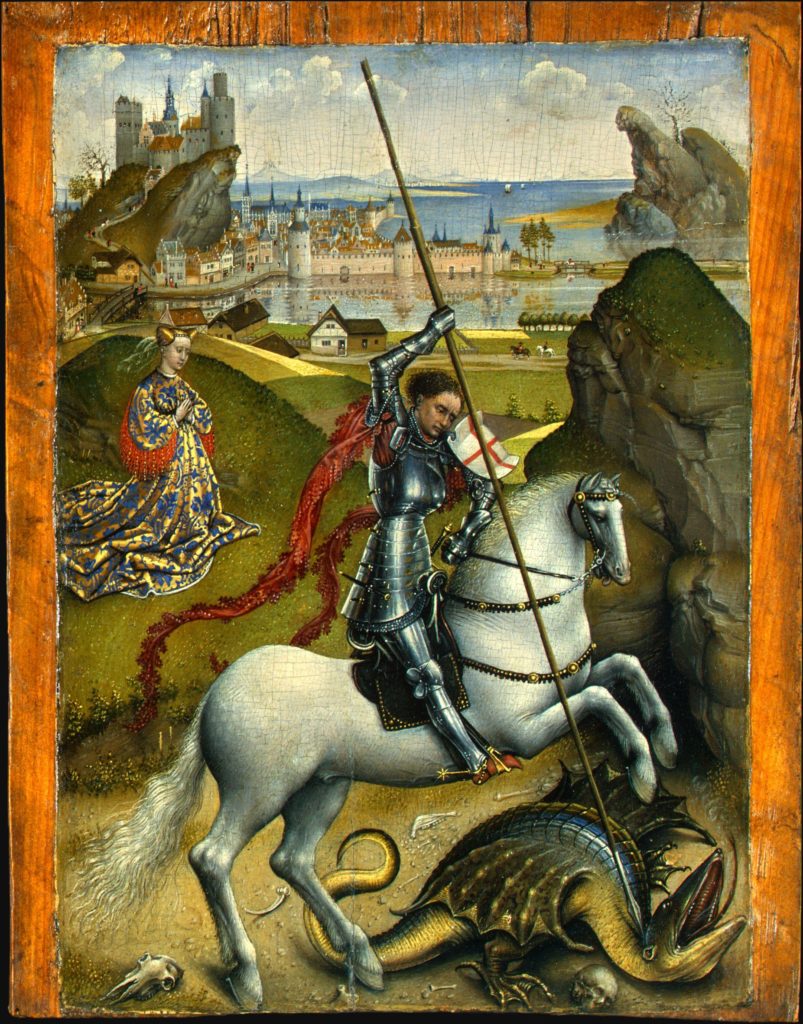 Less astonishing is this The Combat Between St. George and the Dragon, drawn and colored by  Princess Alexandrina Victoria of Kent in 1834, perhaps from a pantomime performance? 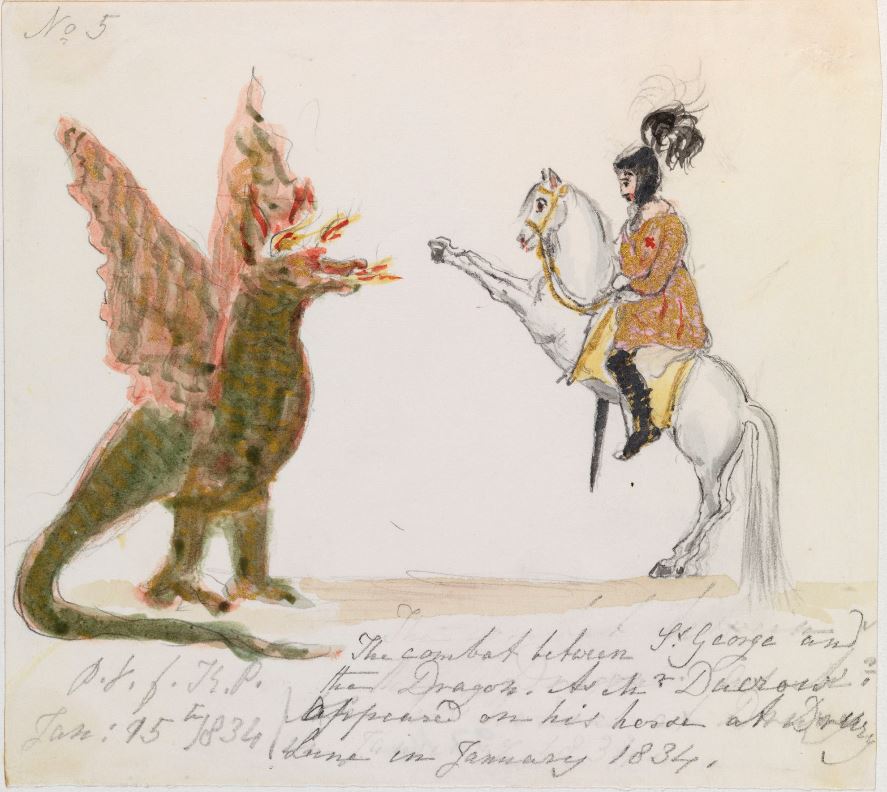 The Combat Between St. George and the Dragon, Princess Alexandrina Victoria of Kent (1834) https://www.royalcollection.org.uk/collection/search#/8/collection/980015-fn/the-combat-between-st-george-and-the-dragon

Princess Victoria’s dragon should actually be called a wyvern, since it only has two legs, but the costume principal was the same for this four-legged stage dragon, c. 1902. 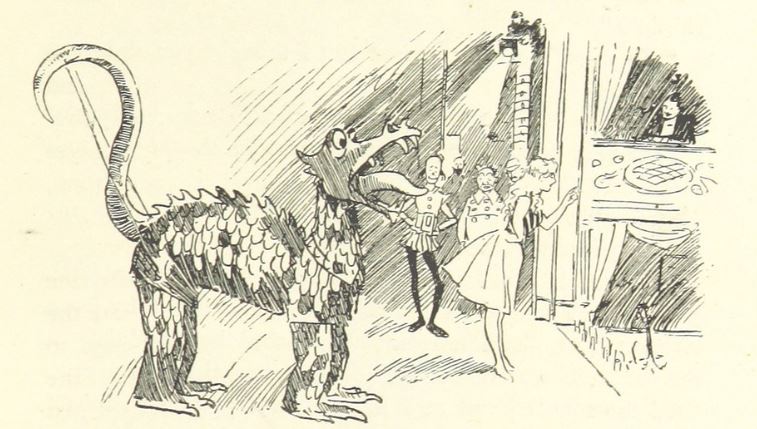 Equally fanciful and surreal is this fraktur drawing of a sausage-form winged dragon by American artist Jacob Strickler. The text on the drawing indicates a religious significance–it may have been meant as a companion piece to Strickler’s finished drawing called The Daring Hero, which could be interpreted as St. George. 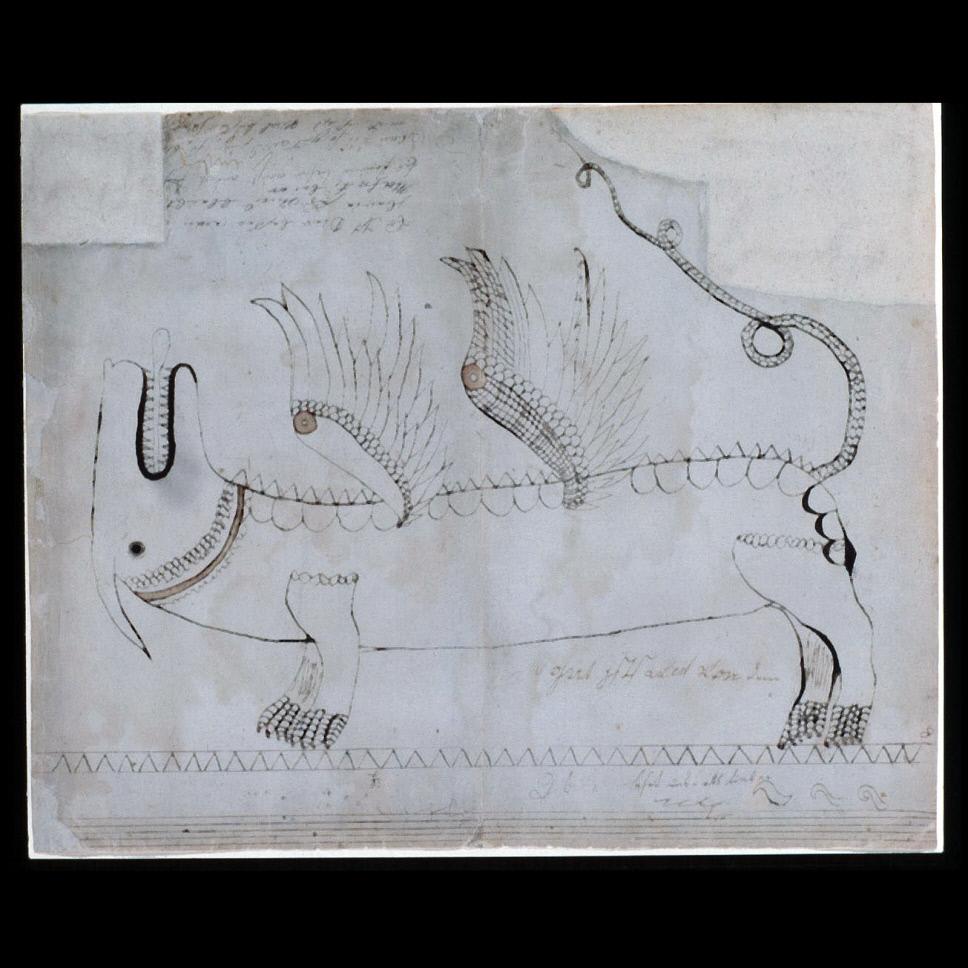 And, finally, from the Royal Collection comes this head of a dragon by Sebastiano Ricci, obviously drawn from life…. 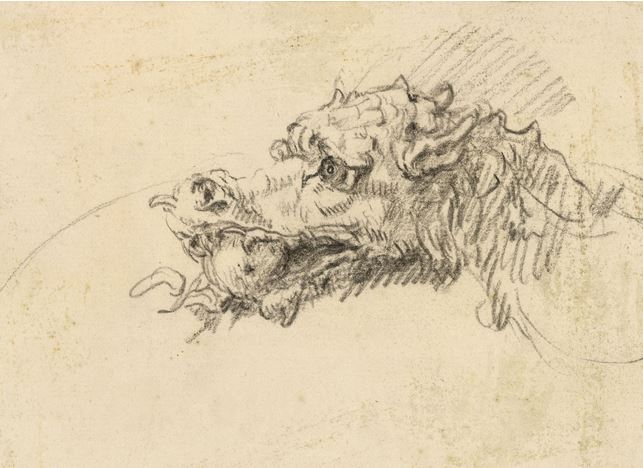 For other dragons to appreciate, see my previous posts on Notes on American Dragons, Past Praying For, Outrunning the Dragon, and The Mexican Mine Monster.