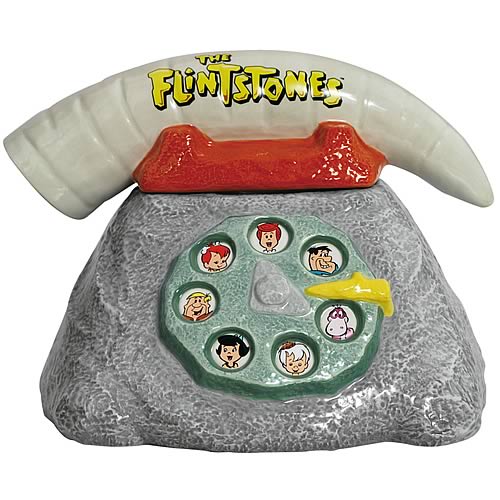 A story found this week in Strange Company’s week-end links about a 1,200-year-old “telephone” artifact from the Chimu civilization, reminded me of this astonishing claim from 1888.

India has always been seen as the home of mystic powers and ancient inventions: flying machines, atomic weapons, rust-proof iron. But there was one little-known Indian invention, claimed to have been in use long before “rediscovered” in the western world.

“The principle of the telephone has been known for 2,000 years in India,” was the statement made by Fred Amesbury, who has just returned to New York after a two years’ sojourn in the land of striped tigers and wonderful fakirs. “I do not assert, mark you,” continued Mr. Amesbury, “that they use the telephone as we use it, or that they have any system of general communication. What I do say is, that the high caste people have a method of communicating with each other by vibratory action on a diaphragm, just as we do, but it is confined entirely to their temples, and its existence has remained a secret until within a few years.

“I was in a town called Panj, about 200 miles from Madras, and while there became acquainted with an English officer named Harrington, who was a prime favourite with the natives because on one occasion he had saved a priest from drowning.

“It was through Harrington that I was enabled to learn the existence of telephonic communication, and to satisfy myself of its antiquity.

“There are two temples in the village about a mile apart. In the interior and on the ground floor of each is a small circular structure which is guarded day and night from the natives as well as from strangers, and is supposed to be the abiding place of the ‘governing spirit,’ but in reality is the terminus of the telephone line, which is laid underground from one building to the other.”

“The superstitious natives regarded this little structure with the greatest awe and reverence, because they had seen demonstrated before their eyes—or, rather, ears—the power of this spirit to communicate with the other temple. They were required to make their offering in one building, and make known their wishes and desires. Then immediately repairing to the second temple, they would be informed of all they had said and done, although neither priest had left his post. This, was regarded as a demonstration of the power of the spirit.

“We were unable to determine the composition of the wire that connected the two buildings. It was some kind of metal, but neither steel, copper, nor brass, although it closely resembles the latter. The transmitter was of wood and about the size of the head of a flour barrel, and to establish connection, instead of ringing a bell, the person wishing to attract attention at the end stood close to the curious-looking thing and shouted : ‘Ooey! ooey! ooey!’

“This was answered by a similar shout, which, while faint, was distinct, and could be heard two feet away.

“After Harrington and I had gained the confidence of the priests—or, rather, after he had—we were given carte blanche to do as we pleased, and we talked to each, other for more than an hour, and were enabled to make an incomplete investigation.

“We learned that the telephone that we saw had been in use for thirty years. The priests were very old men, and they remembered that the line of communication had been renewed only once during their incumbency.

“They showed us the remains of worm-eaten transmitters and wooden conduits that must have been hundreds of years old. They claimed that the system had been in existence since the creation, and laughed at us when we told them that the same principle has only been applied in England and America within the last dozen years. In every part of India and in Burmah this system of secret communication exists, although hundreds of travellers have never suspected it. I believe it dates back fully 2,000 years.”—New York Graphic The Evening Star [Washington DC] 20 March 1888: p. 3

Just as the Chimu artifact has a rather dodgy provenance, (“The artifact was in the possession of Baron Walram V. Von Schoeler, a Prussian aristocrat, who is less flatteringly described as a “shadowy Indiana Jones-type adventurer.” He participated in many excavations in Peru in the 1930s, and may have dug up the artifact himself from the ruins of Chan Chan.”) there were, unsurprisingly, questions raised about the validity of the Indian telephone story. The Electrical Engineer, who didn’t believe a word of it, suggested a commercial reason for the timing of the wonderful yarn. (Apologies for the repetition, but I’m a completist.)

The suit which was brought by the American Bell Telephone Company against the Southern Telephone Company, last fall, to restrain the latter company from infringing the Bell patents, was decided by Judge Brewer, at Little Rock, Ark., on April 21, in favor of the complainant. A writ of injunction was immediately served upon the officers of the Southern company in Little Rock, where it has about 500 instruments in use. The enterprise was owned by Little Rock parties, and the plant is said to have cost about $58,000. As the decision is, in some respects, an important one, we have printed it in full in our present issue.

It is rather unfortunate that the gentleman “just returned after a two years’ sojourn” in India, where, he believes, the telephone “dates back fully 2,000 years,” did not get here in time to tell us all about it before the United States Supreme Court decided that Professor Bell was the real inventor.

A column and-a-half is given by a weekly electrical contemporary to an account of what Mr. Amesbury, with “an English officer named Harrington,” saw and heard of ancient telephones in India. It appears that only “high caste” natives use telephones. and not only confine their use to the service of their temples, but have successfully kept their existence a secret until very recently, Besides telephones, they have real subways; underground conductors in wooden conduits being found by Mr. Amesbury and “Harrington” connecting temples several miles apart. The conducting wire was of some mysterious metal, the nature of which the observers were unable to determine, though they were quite sure it “was neither steel, copper nor brass.” The telephones examined were found to have “been in use for thirty years. The priests were very old men, and they remembered that the line of communication had been renewed only once during their incumbency. They showed us the remains of worm-eaten transmitters and wooden conduits that must have been hundreds of years old.” No mildewed remains of a subway commission are mentioned among the finds. The narrator further says: “In every part of India and in Burmah this system of secret communication exists, although hundreds of travelers have never suspected it.”

We trust that Mr. Amesbury and his friend “Harrington” were not piloted around among the Indian temples by Madame Blavatzky [sic] and Colonel Olcutt. If, as we strongly suspect, the whole yarn be a little joke by some wag on the staff of our clever and often amusing contemporary, we trust its publication has raised no false hopes of re-opening the appealed telephone cases, and throwing the telephone open to the public. The Electrical Engineer: A Weekly Review of Theoretical and Applied Science, Volume 7, May 1888

Astonishing stories of “astral messages” miraculously sent and received by Theosophy founder Madame Blavatsky and letters written by “Mahatmas” Koot Hoomi and Morya were standard fare in  Theosophist publications. Both the messages and the Mahatmas have been widely debunked, although there are still those who debunk the debunkers. Is there even the thinnest filament of fiber optic cable that prevents us from slamming the receiver down on this tale? There are plenty of reports of ventriloquism and speaking tubes in the history of religion. And what about that “ooey! ooey! ooey!” call? A bit too much like the Australian “cooee?”