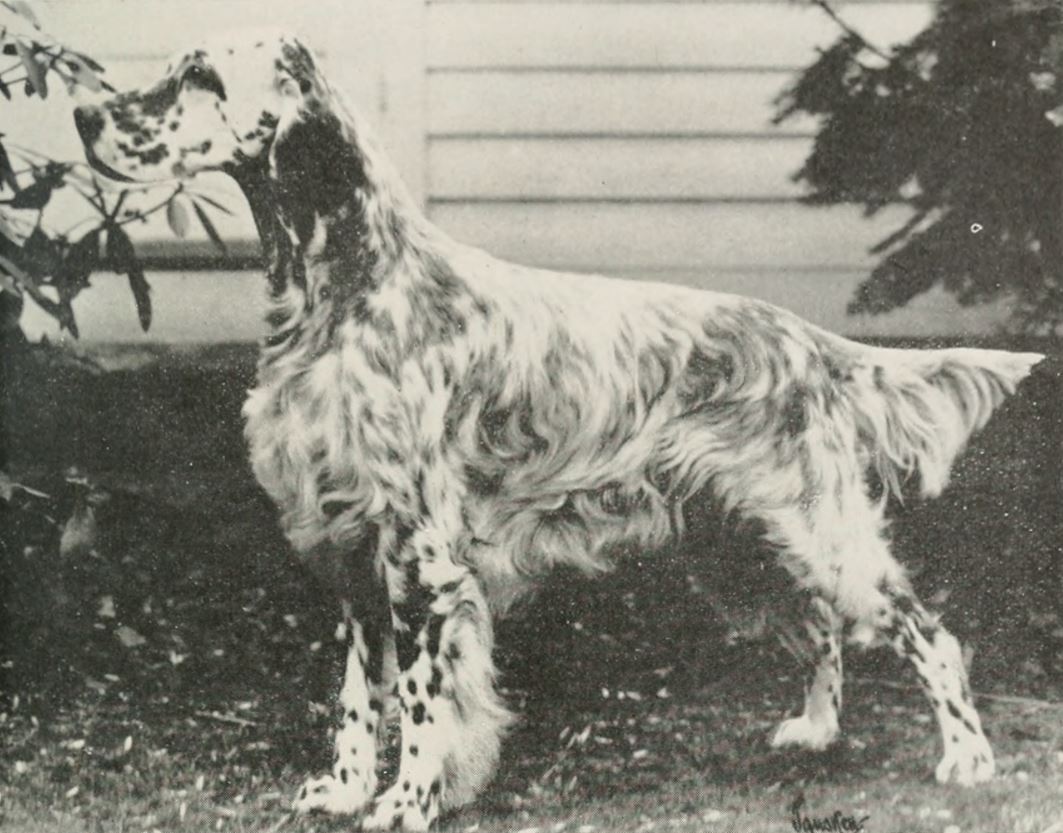 One of Saki’s more memorable supernatural stories is “Laura,” about a woman who relishes the thought of being reincarnated as an otter, citing “salmon to eat all the year round…and an elegant svelte figure” as particular attractions. While the doctrine of transmigration of souls suggests that returning souls may enter human or animal bodies, nothing is said about the reincarnation of animals. Spiritualists debated long and earnestly about whether animals had souls, with heart-felt arguments from those who had experienced the return of a beloved pet in spirit form. But these two anecdotes delve into the much more esoteric question of

CAN A DOG’S SOUL RETURN?

Sir,—On November 11, 1919, my English setter, Lassie, who had been my constant companion and friend for eleven and a half years, died.

About a fortnight after her death a puppy was born in our house which had exactly the same colouring and markings as Lassie, and this wee puppy used to start if touched ever so gently in exactly the same way as my setter had done during her unconscious hours just before she passed out of her earth life. I left Simla (India) before the puppy’s eyes opened, but felt when I first saw it that it might be possible that my dog’s soul had re-incarnated in her old home. This was, however, regarded by others as an unlikely and fantastic idea; and about three months after I left Simla the puppy was given away to an Indian. I returned to Simla a week ago, after an absence of nearly two years in England, and while walking through a bazaar in this neighbourhood a little dog came up to me in a most friendly manner. Its eyes were the facsimile of my old Lassie’s eyes and looked into mine with recognition. I inquired whose dog it was and found that it was the very pup in whom I was interested before its eyes were open! Does it not strike you as being a very remarkable thing that this dog knew me and even followed me, although I spoke to it in English and it had heard only Hindustani from its Indian master during the past two years? It was certainly too young to have remembered my voice when I left for England.

With its owner’s permission I took it down to the house where it was born in order to make some tests. We followed it in silence into a room where Lassie used to sit, and watched. Without hesitation the dog walked up to Lassie’s favourite spot and giving a curious little whine laid down upon it. It then followed me into other rooms, and in each case at once went up to the place where Lassie used to lie. People will say it was because of the scent which led her to a spot where another dog used to sit, but I had three dogs in Lassie’s time, and they had their own special corners to sleep in.

The tests were watched by both the dog’s owner and Ganashu, a woman-servant who had known Lassie for years, and we were all greatly impressed. I went up to the dog and said gently, “Lassie, Lassie girl,” and it came at once and put its head down on my knee in a way peculiarly familiar to my old dog. What is still more strange is the fact that it has hardly left me since, and although unchained has slept beside my bed all night, as quietly as though it had been with me for two years and not known any other owner!

I may add that the Indian had named her “Lassie,” after my setter, and he has, since witnessing the above, generously offered her to me as a gift, so convinced is he that she is in some mysterious way possessed of the soul of my Lassie.

CAN A DOG’S SOUL RETURN?

To the Editor of the Occult Review

Sir,—The letter on this subject in your January issue recalls a somewhat similarly interesting experience of my own which also took place in India. In this case, however, it is not so much a proof of re-incarnation as an example of hereditary instinct with unusual facts. Our favourite dog, though only a mongrel, had a most original and lovable character and personality, and was quite famous in the Fort (Madras), as he had a remarkable escape from death, falling off a stairway (leading on to the roof) into a paved courtyard below, a distance of forty feet, without breaking any bones, and recovering normal health after a few days’ rest at the vet’s. We were devoted to him and so were the native servants, and great was our grief when he died suddenly from poison administered, we think, by a new stranger-attendant at the hospital who was not aware of our dog’s privileged habits of roaming. Some weeks after his death a puppy was born (his), which we named “posthumous Pongo”: he was the image of his father, but had a more gentle nature. Now, the old dog had a habit of climbing on to a high parapet on the coping of a veranda and would lie there with his paws crossed, the left over the right, awaiting our return from our daily drives. To our surprise “Pongo,” when he was big enough, would climb to the same unusual place and he in the same position; he also greeted us with the same sort of roar of welcome (it could not be described as a bark) as his father! When we were leaving Madras for good, we sent him to a friend who lived some miles away, but the next morning a whining by my bedside proclaimed Pongo home again with a broken chain dangling from his collar: he had found his way back, and although we tried sending him away again he would always return to the Fort, so we found him a home there. He only lived a little while after we left; his new master told us he pined and seemed to die of a broken heart!

I am not ashamed of confessing that I believe in the transmigration of souls in this case.

It seems reasonable that scent and genetics might provide a perfectly ordinary explanation for the seemingly marvelous behaviors of the dogs.  I wonder if the Indian setting or cultural influence suggested the idea of canine reincarnation?

“What is it, Lassie? Has Timmy fallen down the Well of Souls?”