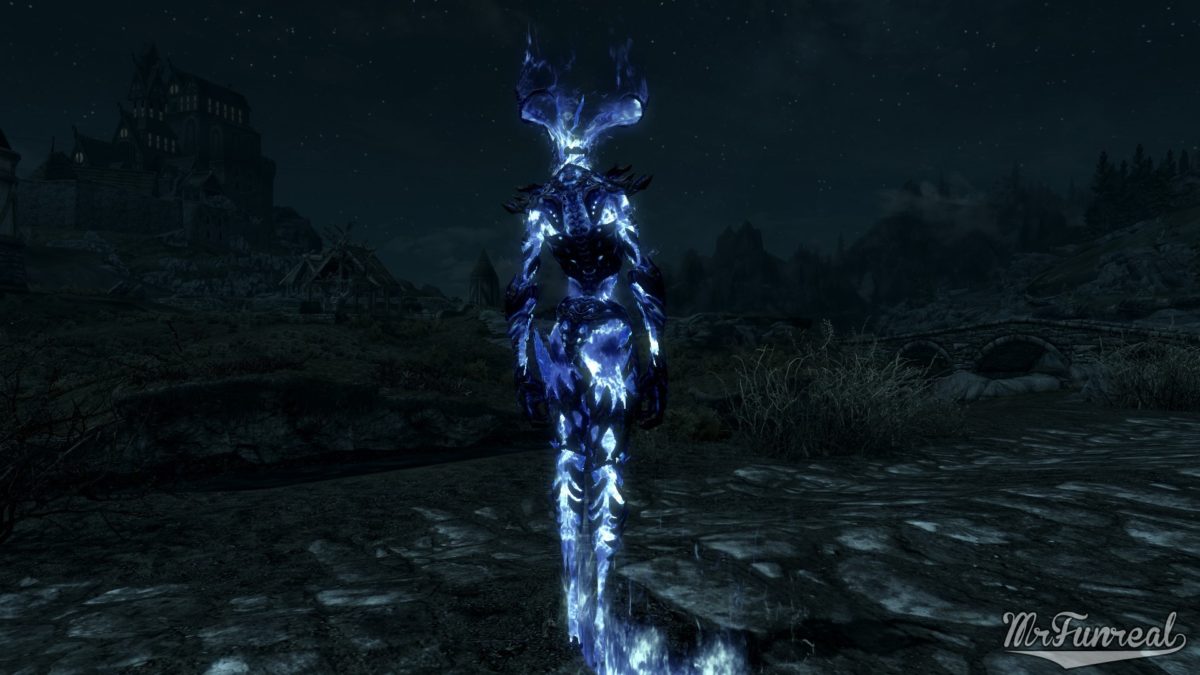 The tone of this story reminds me of another Civil War story of a bizarre paranormal entity, The Rolling Shot Ghost.  It’s meant to be chatty, as if told as a genuine experience, yet there are some literary touches (and that imprudent title) that make it suspect. See what you think.

A Reminiscence of Virginia During the War.

Believe in ghosts? Well, no! I can’t say I do, and yet something I saw in Virginia one night during the war somewhat staggered me, and I have never exactly known what to think about it. I know though that Tom Fairfax would swear to their being ghosts, or at least one ghost to his entire satisfaction on the subject.

Tell it to you? Certainly I will; and may be you are so well versed in ghostly lore you can explain what it was we saw—not Tom and I alone, but hundreds of the boys, for we were several days in the same place, and the whole picket line saw it repeatedly. See if any of your German metaphysical works will explain it. I ask, for it puzzles me.

We were camped on some old fields near the edge of a dense wood that was remarkable for the want of undergrowth; you could see way into the thick, cool woods, with nothing but the trunks of the trees to obstruct your vision as far as your sight could reach. The first night we camped I was off duty, being ill; we were on the alert, for we knew the enemy were not far off, and were expecting to see them at any moment, and our sentries were thrown out to avoid surprise. I heard the alarm during the night from the pickets, and the stir in the camp, but was too unwell to get up and see about it, as I found the alarm was not general, and the next morning laughed heartily at the tale of a ghost having driven in the pickets; but when the thing was repeated the ensuing night, I began to think some one was playing practical jokes—either the men, or some one who wanted to pass the lines.

On the third night I was able to stand sentry myself, and Tom Fairfax and I requested the Colonel to put us on that road. He did so, and as Tom left me and went on ahead to the outer post he laughingly said:

“Well, James, old boy, let’s find out what material the ghost is made of if it comes to us to-night.”

“All right; I am with you,” I replied. “If he’s flesh and blood I’d not like to be in his shoes, for I don’t intend he shall make a fool of me.”

I forgot to mention that in the distance adjoining the field upon which we were encamped were the ruins of an old time Virginia mansion that had evidently been built in the first settlement of the State. The main road running through the wood led past this house, but it was not on that road that the spectre had been seen, but upon a by-road leading to an old mill on a rapid and deep, and yet very narrow stream of water.

It was a brilliant, starlight night, the moon had sunk to rest, after showing her silver crescent to the admiring gaze of those who loved to look upon nature’s beauties; and the light being steady and equal, one could see a good distance. Fairfax was stationed near enough for me to hear his challenge, should any one come that way. In talking the matter over we had come to the conclusion that some one was trying to pass the lines, and we were determined to catch him, if possible. As time rolled by and nothing came, I gradually ceased to think of it; and my thoughts reverted to home and its loved ones, doubly dear to me, and the form of a dear little blue-eyed darling, who was waiting my return with anxious prayerful heart, was very palpable to my mind’s eye; and so deeply was I absorbed that Tom’s challenge of “Who goes there? Speak, or I’ll fire on you!” fell upon my ear without drawing my attention to it, till startled by the report of his gun, and, after a moment’s dead silence, a yell so thrilling that it curled my blood.

Looking down the road I saw running toward me on foot, to whose usual fleetness fear had added lightning speed, Tom Fairfax, the dauntless hero of a hundred hair-breadth escapes, and closely followed after him glided a singular looking blue light, that seemed in the distance to be a column of flame about six foot high. As Tom reached me, he exclaimed, “Great God! James, what is it?” and fell in a dead faint at my feet.

As the thing approached me it took the semblance of a headless man wrapped in a  pale, blue flame that flickered in the night air, just looking like little tongues of fire licking the shape. Though startled nearly out of my senses, I waited till it was within five feet of me, and fired my gun right into its breast. The flame waved and opened, sprung up a foot or two, and then settled back into a flickering sheet of fire, and the evil thing sped steadily on past me toward the old mansion down the road.

I turned to help Tom, and as I did so, some of the guard from the main road reached us; for having heard the report of his gun and his yell, followed by my gun, they had not waited for orders, but hurried to our relief, and they saw the thing as it passed on toward the house. We carried Tom to camp senseless, and a nice spell of brain fever was the result of his fright, and it would take more reasoning power than anyone I have ever heard of possessing to make Tom think there are not ghosts.

None of the men would stay alone on that post, and a squad was left there for the rest of the night. I fully determined to search the old mansion and make inquiries about it; but we moved our quarters in a hurry next day, and I never knew the secrets of the headless man and that road, or what scene of crime that old mill and the ruined mansion have shared between them.

I’m reminded of Cornish smugglers discouraging inquiry with hooded horses and phosphorescent paint. What a cover for a spy or a scout!

While today headless ghosts are something of a rarity, they were an icon of Georgian and Victorian ghost-lore and just beginning to pass out of popularity about the middle of the 19th century. Possibly their existence was prolonged by the many soldiers decapitated by shot or shell during the Civil War. We find a few reports of headless ghosts during the Great War, but after that, silence.

Other headless ghosts in the US, post-Civil War? Speed steadily to chriswoodyard8 AT gmail.com