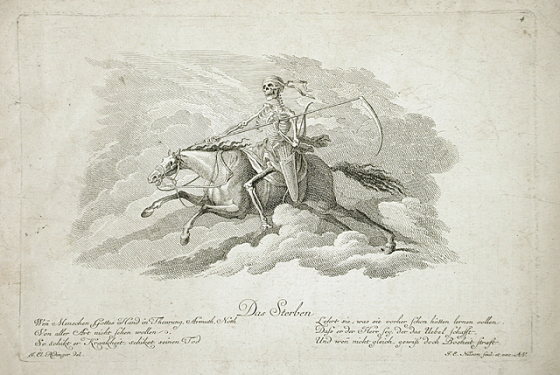 It’s been an unsettling week. I suspect whoever manages these things has added a spot of anger-juice to the chem-trails. One feature that seems to accompany chaotic world events is an increase in animal attacks of all sorts. There have been attempts to correlate unusual animal behavior with natural disasters like earthquakes, on the basis that animals’ senses are keener than humans’. Could animals really sniff out death or disaster?

There is a widespread belief in South Germany, in Ireland, in Scotland, and I know not how many countries, that horses and dogs have ‘an instinct’ for uncanny realities. In Germany the popular notion is that no horse will pass by the place where the body of a suicide lies; or even by the spot where someone has committed suicide; or where an execution has taken place. This is something different from the repugnance that all horses have to the neighbourhood of a slaughter house. Only two days ago a Tyrolese horse of very docile disposition, driven carefully by his Italian owner, was greatly upset at having to pass two widely separated Government shambles, used for supplying [horse?] meat to the crews of Italian warships. He was also greatly disgusted at having to go near a scavenger’s cart. His protests, however, were mild compared with the behaviour of horses under “uncanny’ influences. ‘The Moro’s’ owner said: ‘A horse has a keener nose than any dog’; and he talked soothingly to him, ‘didn’t know why that dirt cart was always in the same place’; ‘well-well’d’ him, and told him ‘the slaughter-house was fifty yards off his road’, and so forth. In “haunted quarters,’ on the other hand, the horse refuses with determination; he trembles, snorts; is covered from head to heels, in time, with a white foam; his eyes roll, and shoot fire; and the end is sometimes a bad accident; sometimes, a hard bought victory for the driver; sometimes, his ignominious defeat.

I could name Irish cross roads past which almost every horse in the county refused to go quietly after dark. The last purchase, from, maybe, the other end of the island, might be taken to the spot without any (possibly indoctrinated) equine companion to frighten him; but he unfailingly ‘turned rusty’ as soon as he trod the unhallowed ground. The local explanations were various; that the land on one side was ‘cursed,’ that formerly criminals were executed and then buried at many cross-roads, and possibly here; and that the fir trees, and a castellated ridge in one angle of the intersecting ways, made the spot terribly dark, and so on. But seven miles from that point other roads crossed, where a dark limestone building and no pines interfered with the light of sun, stars, or moon. Here, also, day and night, horses were stricken with panic.

A clergyman told me that when returning from preaching in a neighbouring rector’s church at about two in the afternoon, his good old mare stopped short, afflicted with all the usual symptoms of terror. His man did what he could, with voice, whip, and reins, to induce her to go on. The little mare swerved from side to side, she reared, she backed, but absolutely refused to keep on her homeward way.

The rector suggested that his man should take the mare by the head, and lead her past the cross-roads. The plan was tried, fruitlessly! They drove the car away ‘to let her forget,’ Larry said. Again, a useless experiment. He rector counselled galloping past the point and was nearly upset for his pains! In despair, at last, he told Larry to ‘get home the best way he could,’ while his reverence let himself down from his ‘jaunting car,’ and trudged four or five miles towards home before a steaming mare and a weary Jehu overtook him. ‘Sure, afther all, ‘twas backing done it, sorr,’ said Larry. But they had failed to back the mare over ‘th’ Crass’ before the rector started for home on foot. The outside car had been over two hours dancing about at the terrified horse’s heels, before Larry (his queer old livery coat thrown over the animal’s head), succeeded in ‘progressing backwards.’

This was only one of dozens of similar adventures that happened to their neighbours at the same place. Not long after the rector’s difficult passage, arterial drainage brought to light a skeleton nine feet under the surface of the field, just inside the road fence. There was no record, and not even a tradition of how the bones came there. They were subsequently buried in a churchyard, and the horses don’t ‘shy’ there any more. The old-fashioned inhabitant says to the ‘superior’ person, ‘I told you so,’ when all the former misadventures on that highway are recounted.

I have great pleasure in telling the said Superior Person the following anecdote, for which I can vouch: A young squire had just attained his majority and entered upon his first regular hunting season. He did not spare his horses. After a very hard da he was bringing home a tired horse. His man, with another weary hunter, was closely following him. The twilight had fallen; the roads were ‘heavy,’ and it was difficult to get the horses along, until a light cart came towards them, when the squire’s hunter stopped dead. He then evinced the strongest excitement. He tried to turn round and fly from the cart, and away also from home. All signs of fatigue were chased by the more violent motion, terror. His rider fought with the animal, but could not make him advance. The ‘second horseman’ at last shouted to the driver of the cart to stop, the groom’s horse being only a degree less unmanageable than the master’s.

When the cart had pulled up close to the fence, the squire’s horse rushed past it, almost falling into the road ditch opposite in his effort to get as far as possible from the awe-inspiring vehicle. The second horse followed, also with a rush.

‘You know what was in that cart, Master Tom,’ said the groom, lapsing, in the emotion of a terrible moment, into the old name for his boy-master.

The youth was asking at the same moment: ‘What on earth has come over these blessed brutes?’

‘It was poor Terence’s body that they’re taking to where he’ll be buried in a grave yard,’ the man said, stammering and stuttering for fear. ‘No horse will go nigh or near a suicide’s body.’

The fact was that the local clergy had refused Christian burial to ‘Terence’s’ remains, and the widow was ‘spiriting away’ the coffin to a distant parish, where (as she hoped would be the case) no questions were asked. The Superior Person finds it difficult to account for the behavior of the tired hunters on this occasion. I can answer for it that the more the circumstances were investigated the better stood the case for the vulgar view—the view of ‘Master Tom’s’ second horseman. Light 1900

This squib suggests that even well-trained hearse horses would be spooked by a death-scene.

Only recently at the funeral of the assassinated King of Portugal, when the cortège arrived at the place of the tragedy, the horses attached to the hearse refused to proceed. They probably saw the horrible impressions in the astral light created there by that murder. The Occult Review  January 1909: p. 42

I suppose the question is whether horses, who have a keen sense of smell, somehow “scent death,” perhaps long after the more overt odors have dissipated, or whether they actually can see things we cannot, although in the next story, the driver also sees the spooker of his horse.

Farmer Driving Home Says It Caused Horse to Run Away

Beverly, March 31. William Morland, a farmer living on the Rancocas Road, two miles from this city, while driving home at night from this city, from visiting a friend avers he saw a ghost coming out of a nearby woods and it stood in the middle of the road, caused the horse to take fright and run a mile before he was able to subdue it.

Morland is a man of unquestionable veracity, and according to this story he was wide awake and looking straight ahead when he saw a white figure glide out of the woods into the middle of the road. He touched the horse lightly with the whip. The animal must have seen the spectre, for it suddenly shied to one side, nearly upsetting the wagon into a ditch.

The ghost did not budge from its position. Morland managed to get a good look at the spectre and declares it was headless. With a gallop the horse started down the road. Morland glanced back once and the thing still remained.

The old residents tell a story of how twenty or twenty-five years ago a despondent young man took his life in the same wood by blowing off his head with a gun. Trenton [NJ] Evening Times 31 March 1910: p. 7

Many of us believe that animals can see ghosts. People have told me eerie anecdotes about their pet dogs who seem to follow something invisible walking across the room or who are afraid to enter a certain room in their house. So when I hear about cats that stare fixedly at something up there—several inches below the ceiling—I’m happier assuming that they are just messing with us.

Stories of animals that see ghosts? Or horses and suicides? chriswoodyard8 AT gmail.com