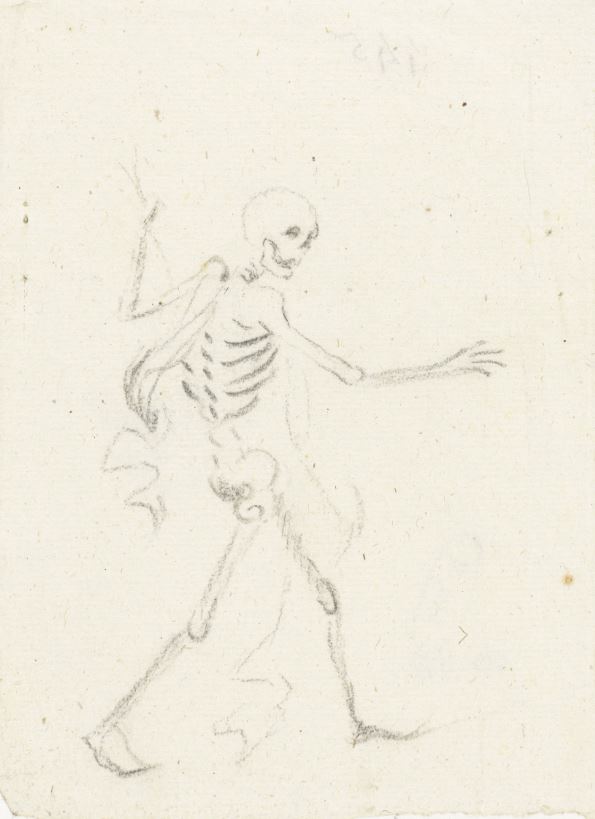 Today is the anniversary of Ohio’s Battle of Fallen Timbers and while there are some vague ghost stories about the battle being replayed or ghostly soldiers seen at the site, I thought I’d hit Today-in-History Fortean gold with this story. Alas, it is a different Fallen Timbers, a haunted wood in Fayette County, Pennsylvania. But I think you’ll agree, it has that name-game magic.

THE GHOST OF FALLEN TIMBERS

Walking in a Dead Man’s Bones

A Sight to Startle the Bravest.

A correspondent of the New York Sun from New Geneva, Penn., (which place was founded by Albert Gallatin,) tells the following strange ghost stories, after narrating the particulars of a murder which tradition says happened there a long time ago. The writer vouches for the character of Mr. Hare, his informant: One morning about 15 years ago Osborne Hare, a respectable carpenter, left his house after sunrise, to go to his work in the direction of New Geneva. He walked rapidly, and, just before the road entered a piece of wood known as the Fallen Timbers, he saw in advance of him a tall man walking slowly. Supposing it to be one Dugan of his acquaintance, he quickened his pace; but before overtaking him he discovered his mistake, and then began to examine the man narrowly; for a stranger in those parts was uncommon. He was very tall and thin. He had no coat, and his shirt sleeves were rolled up to the shoulder. His arms were as thin as pipe-stems and as white as snow. His shirt and trousers were of the same color, a somber drab.

By the time Mr. Hare had made these observations he perceived another man coming in the opposite direction. This man was Jim Dougherty, a stone mason, going to his work “across Cheat.” Dougherty, like Hare, was a man of good character, iron nerves, and proverbial courage. Hare observed him to say good morning to the stranger, then shrink to one side of the road, and hasten by. When he come up to Hare his face was pallid.

“Well, don’t overtake him,” continued Dougherty. “It’ll scare you to death. It’s a dead man.” The look of the stranger, as he partially turned his face in reply to Dougherty’s cheery salutation, had almost paralyzed the latter. He could not tell precisely what it was that seemed to freeze the blood in his veins; whether the ghastly pallor of the skin, the shrunken features, or the unearthly glare of the fixed eyes; but he knew and declared to the day of his death that he had spoken to a walking corpse. Hare was startled, but being in a hurry, and ashamed to be frightened by a ghost in broad daylight, he said he would go on.

Just then the stranger, upon whom the men kept their eyes fixed, turned the corner of a fence which divided the woods from a field. There he seemed to sit down in the first corner, and Mr. Hare took the opportunity to push past, Dougherty going on the other way. When a few steps beyond the corner Hare could not resist the temptation to look back. There was no man to be seen. He had sunk apparently into the earth. He could not have gone further than the first corner behind the fence without being seen by Hare and Dougherty, and he could not have dodged off into the woods, for the space he must have crossed was, like the fence, in full view.

Mr. Hare now turned about, determined to explore the mystery. He searched the fence, the field, and the woods, but found no traces of him. Hare was an experienced woodsman, and is convinced that no man of flesh and blood could have gone in and out of that fence corner without leaving some trail or sign which he would have detected, even if the whole affair had not occurred within his actual view.

Mr. Hare is a Christian man. His faith is bottomed on the rock of ages. He does not believe in ghosts. He believes that those who go to a place of rest do not want to return, and those who go to the prison house of the lost, cannot, if they would. But he says that if the dead are ever permitted to walk the earth, “this man,” to use his own language, “was one of that stripe.”

Several years after the adventure related above one Clemmer, a farmer, went to New Geneva to buy a coffin for a dead neighbor. It was in the winter. He had placed the coffin in a sled, and having been joined by another man, whose name I have forgotten, they drove through the Fallen Timbers, and approaching the spot where the apparition had disappeared from the view of Dougherty and Hare, they saw the same figure, dressed precisely as before, coatless and bare armed, standing up to the knees in snow beside the road. It did not speak or move, but the dreadful aspect of the man had the same effect upon Clemmer and his companion as upon Dougherty, and they whipped past him in terror. This was in the afternoon.

About five years later still Dr. [Upton Lawrence] Clemmer, a practicing physician of Brownsville, was leisurely riding by the same spot, on horseback, when he heard a curious noise, like one drumming with his fingers on his lips. It seemed to come across the field, but looking in that direction, and seeing no one, he rode on. Presently, and just as he was about to enter the Fallen Timbers and opposite the fence corner, he heard the same sound behind and near him. Turning in the saddle and looking back he saw the apparition, in all points the same as before, at the very rump of his horse, and bending upon him the same dreadful countenance. He struck his horse a smart cut, and dashed through the Fallen Timbers, without daring to cast a glance backward. This was about midday.

The peculiarity of the ghost of the Fallen Timbers is that it appears always in daylight and at long intervals. It has been seen three times distinctly, and each time by perfectly reputable and trustworthy men.

I’ve found Osborne Hare at Find-a-Grave and Dr. Clemmer served as the Fayette County Coroner. Not, you would think, a man particularly subject to phantom fancies.

The murder story that prefaced this tale in The Sun [2 January 1879: p 2] is a fairly hackneyed one involving a roistering Irishman who had one of his slaves murder a peddler. The body was buried in a sand bank across the road from the Irishman’s house and there is a blood spot on the floor of the murder room that resists soap and sand ever since and the troubled spirits of the slave and the peddler repeat their doomed struggle nightly. Too folkloric to be convincing and not a patch on the walking corpse narratives.

I wonder what that “curious noise” was about? Daylight replies only. chriswoodyard8 AT gmail.com

I’ve been scaring myself all week with haunted woods. Dr Beachcombing recently posted this terrifying story.