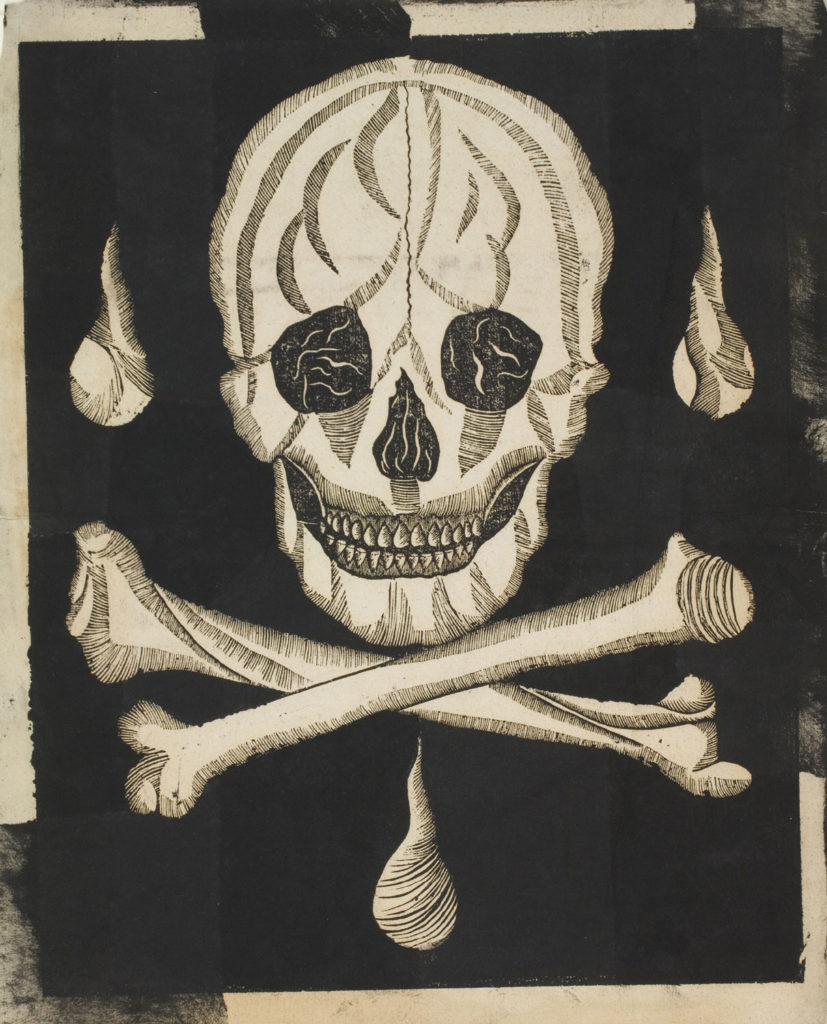 The pages of those peerless papers of paranormal reportage: the Daily Mail, the Sun, and other fine British tabloids are a delight for the ghost hunter, filled as they are with crystal-clear cell-phone pix of the ghosts of “Robin Hood,” “Catherine Howard,” or “Queen Elizabeth I.” Sceptics, of course, will cavil about ghost app fakery, pixilation, and pareidolia.  But it was ever thus. Even in the Golden Days of spirit photography, with nary a pixil in sight, critics savaged the results, naming, shaming, and taking to court such notables as William Mumler. Yet the pages of Spiritualist journals are filled with sincere reports of the most heart-rending variety about the faces of the long-lost (who had never, ever been photographed) appearing on clients’ tintypes.

Who to believe? And if spirit photography was all fake, how was it done? Here’s one startling possibility.

A mischievous young lady of scientific proclivities who attended the meeting of the British Association, and who was addicted to practical joking, listened attentively to Dr. Gladstone’s observations upon the properties of quinine referred to, and having carefully noted the discussion that followed, reasoned within herself thus: If solution of quinine can make invisible marks upon paper, which will come out black in a photograph, it ought to do the same when applied to the skin. So she procured some of this solution, and upon her fair brow she painted with it a death’s head and cross-bones. These, of course, were invisible to human vision. Thus prepared, she went to a photographer to have her portrait taken. All went right until the operator went on to develop the plate, when she soon heard an altercation between the photographer and the attendant boy, in which it was evident that the latter was being charged with having coated an old or dirty plate.

A second negative was taken, with this result, that the operator, after bestowing a puzzled, affrighted look at the lady, rushed downstairs to the principal of the establishment. Both returned to the dark room, and a third negative was taken, when it became evident that intense excitement was being produced in the dark room. After an excuse to the lady about there being electricity in the atmosphere, which had affected the chemicals, she was requested to sit once more.

Scarcely had the plate been developed, when both photographer and assistant rushed out from the dark room, pale and excited, and explained that on the brow of the sitter in each negative was emblazoned the insignia of the King of Terrors. The negatives were produced, leaving no doubt of the fact. What was to be done?

The sitter hinted something about not being disposed to be made a fool of by one who she was satisfied was a spirit photographer, and that she, for one, would not allow herself to become the victim of such absurdity. This upset the equanimity of the photographer, who expressed his earnest conviction that she was an emissary and personal friend of the common enemy of mankind.

“I shall look in again to-morrow,” said the lady, in her sweetest tones, “if you promise not to play any of your silly ghost tricks upon me.”

“Not for ten thousand worlds,” said the artist, ”shall you ever set foot within my studio again!”

“Oh,” she laughingly rejoined, “I shall drop in through the roof and visit you some day when you are disengaged.” and with that she departed.

“I knew it!” gasped the photographer. “I felt a sulphurous odour the moment I came near her. Send immediately for my friend, the Rev.__ , and get him to offer prayer, and free the studio from the evil influences remaining after a visitation from one whose feet, although clad in boots, would, if examined, be found to be cloven.”

Now, to be frank, this would have been a much better story had the young lady imposed on a photographer who actually claimed to photograph the dead. (Perhaps she thought the fellow might make such a claim to cash in on the bizarre image.) It was very unkind of her to frighten an innocent man to the point that he demanded a studio exorcism. Or do we need to take this story with a dose of tonic water? It does suggest how some of the effects touted by spirit photographers might have been obtained. And, of course, it is always delightful to find examples of séance-room hoaxing methods and Spiritualist humor.

Any examples of spirit photos known to use this method? chriswoodyard8 AT gmail.com