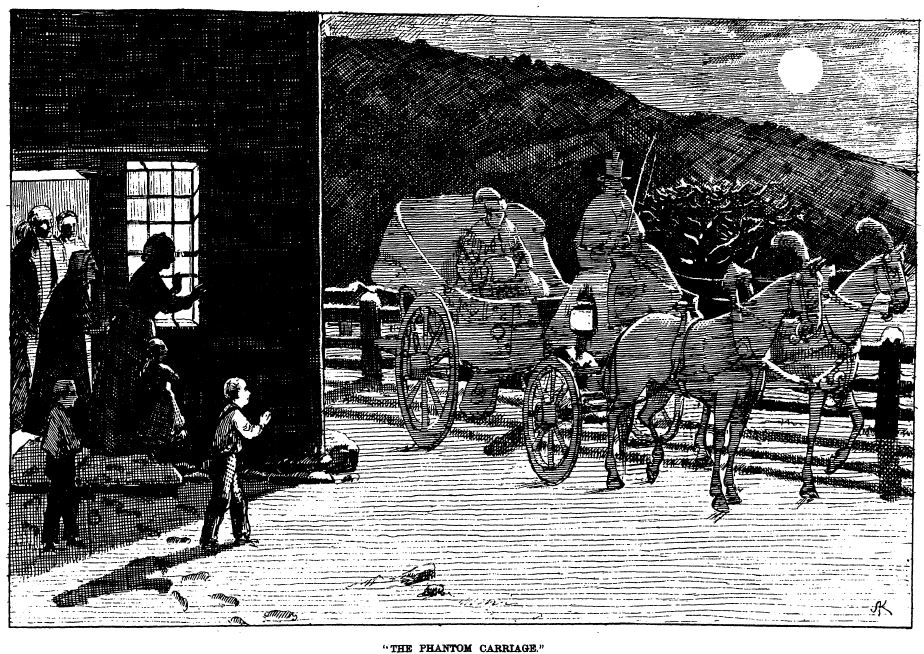 Late in August 1874, Henry Steel Olcott arrived at the hamlet of Chittenden, Vermont. He had heard of the spiritualistic wonders occurring at the Eddy homestead seances and came to study the “phenomena only as involving a scientific question which presses upon us for instant attention,” as he wrote in the preface to the book he wrote about his experiences, adding, disingenuously, “It is written neither as a defence of, or attack upon Spiritualism, or Spiritualists.”

He tips his hand obviously and immediately in describing the unmerited persecution of the Eddy family, particularly that suffered by brothers William and Horatio, and recounts in rather prurient detail the “martyrdom” they underwent in allowing themselves to be tied up and subjected to scrutiny by psychic investigators. While much of the book is taken up with a multitude of Native American spirit guides and materialized loved ones returning from beyond the grave with unmistakable proofs of survival, there is one episode that stands out among all the cheesecloth: the story of the Phantom Carriage.

Writers upon the subject that we are now discussing [Spiritualism], offer various hypotheses to account for the production of visible spectral forms, by the beings of the other world. Some contend that they are created out of the subtle particles existing in the atmosphere, and have a positive, if evanescent, material existence; while others deny their actuality and attribute their being seen to psychological control of our natural senses of sight, hearing, and touch; in like manner as the mesmerist obliges his patient to see, hear, taste, and feel whatsoever he may call up in his own mind. In my opinion, of course supposing that the tales are not bald fiction, the phenomena may be grouped into two classes—apparitions seen only by one or more sensitives or lucides, and those visible to all without regard to their lucidity; and they should be separately considered.

The experiences of the Eddys are of both kinds. Sometimes a phantom has been seen only by the sick or dying; sometimes by those in health, as forerunners of disaster impending over themselves or others; and sometimes in the materialized condition, so that everybody in the house, believers as well as unbelievers, perceived them equally well. The occurrence illustrated in the sketch of the phantom carriage was of this character. On a cold winter night, just before bed-time, the family were gathered in the sitting-room, when they heard the noise of a carriage coming rapidly along the road from the northward. The circumstance was so strange, the ground being covered with snow which would prevent the noise of wheels being heard, that all went to the front windows to look. A full moon,

“* * * shining bright on the new-fallen snow,
Gave a lustre of mid-day to objects below;”

—and they saw an old-fashioned, open carriage, drawn by a pair of white horses with plumes on their heads, turn rapidly into the yard and stop.

Rushing to the back door and flinging it open, there stood the equipage before their astonished eyes. On the back seat was a lady, dressed in Scotch plaid and furs, with a feather in her bonnet. She looked kindly at them and bowed, but said nothing. On his high box sat the driver, a thistle cockade in his hat and a capacious coat with a standing collar muffling him to his chin. Every buckle and trapping of the harness was plainly revealed by the moonlight, and even the ornamental scroll-work on the coach-panels.

The family, with characteristic rustic bashfulness, said nothing, waiting for the grand lady to manifest her pleasure. No one doubted for an instant the reality of what they saw, and even the skeptical and hardhearted father moved to the door so as to be ready to do what might be required for the belated traveler.

But, as all eyes were fixed upon her, she and her equipage began to fade. The garden fence and other objects, previously concealed behind the opaque bodies of the carriage and horses, began to show through, and in a moment the whole thing vanished into the air, leaving the spectators lost in amazement. Old Mr. Eddy at once exclaimed that his wife and her mother had been up to some of their devilish witchcraft again; but they knew that it was a portent of somebody’s death. The boys, then only ten or twelve years old, ran for the lantern and searched all over the road and yard for wheel-tracks, but their quest was fruitless. The phantoms had disappeared, without leaving the slightest impression on the snow. Two months later the grandmother died.

Although I dislike to break the sequence of my narrative, I will state, that in a circle one night I held a conversation about this apparition with a spirit-voice, which informed me that the phantom lady was a Scotch ancestress of Mrs. Eddy, who came to warn them of old Mrs. MacComb’s death. And since then, at another seance, Mrs. Eddy herself confirmed the fact.

Henry Steel Olcott was, of course, the well-known co-founder of the Theosophical Society. He wrote People from the Other World about the Eddy Brothers’ “striking and highly sensational manifestations.”  He stated in the introduction, “It is a truthful narrative of what befell in the Eddy Homestead, from the latter part of August to the first week in December, 1874. It was observed [apparently without irony], by a leading New York journal, of the first, and by no means the most interesting letter written by the author from that place, that it was ‘as marvelous a story as any to be found in History.’”

Olcott seems to have had an unshakeable faith in the brothers’ honesty, despite testimony from skeptics that most of their effects were childishly simple and easily debunked. When I read the book I was struck by Olcott’s many willful suspensions of disbelief and the elaborate rationalizations resorted to when explaining inconsistencies. Once having set his hand to the Spiritualist plow, as it were, he did not look back. (But what on earth inspired him to paraphrase those lines from Clement Moore’s “A Visit From St. Nicholas?”  Surely a simple, “it was a snowy, moonlit night,” would have adequately advanced the action.)

And yet, this particular manifestation related above seems to have less in common with the Eddy Brothers’ levitating guitars and rubber-masked Indian spirit-guides than with the phantom coaches of the old world, so often found in the literature of second-sight and the supernatural. And, to be fair, Olcott does mention the tradition. The phantom coach is a recognized token of death throughout the British Isles, often accompanied by the optional accessories package of headless apparitions and fiery-eyed Black Dogs. These latter two were omitted on this occasion, but the phantom carriage performed its task as an omen of death in an unimpeachably orthodox manner.

The carriage story, which Olcott obviously did not observe himself, seems an anomaly in his Spiritualist chronicle—a strangely convincing episode, standing solidly in the British folklore tradition amid the tinsel and dross of the séances: “Home, Sweet Home,” played on the concertina, baby ghosts said to be made from pillows… Spiritualism was the faith in things half-seen in the darkness, while folklore drags us into the glare of moonlight, to see that inevitable dark carriage drawn up at the door, waiting.