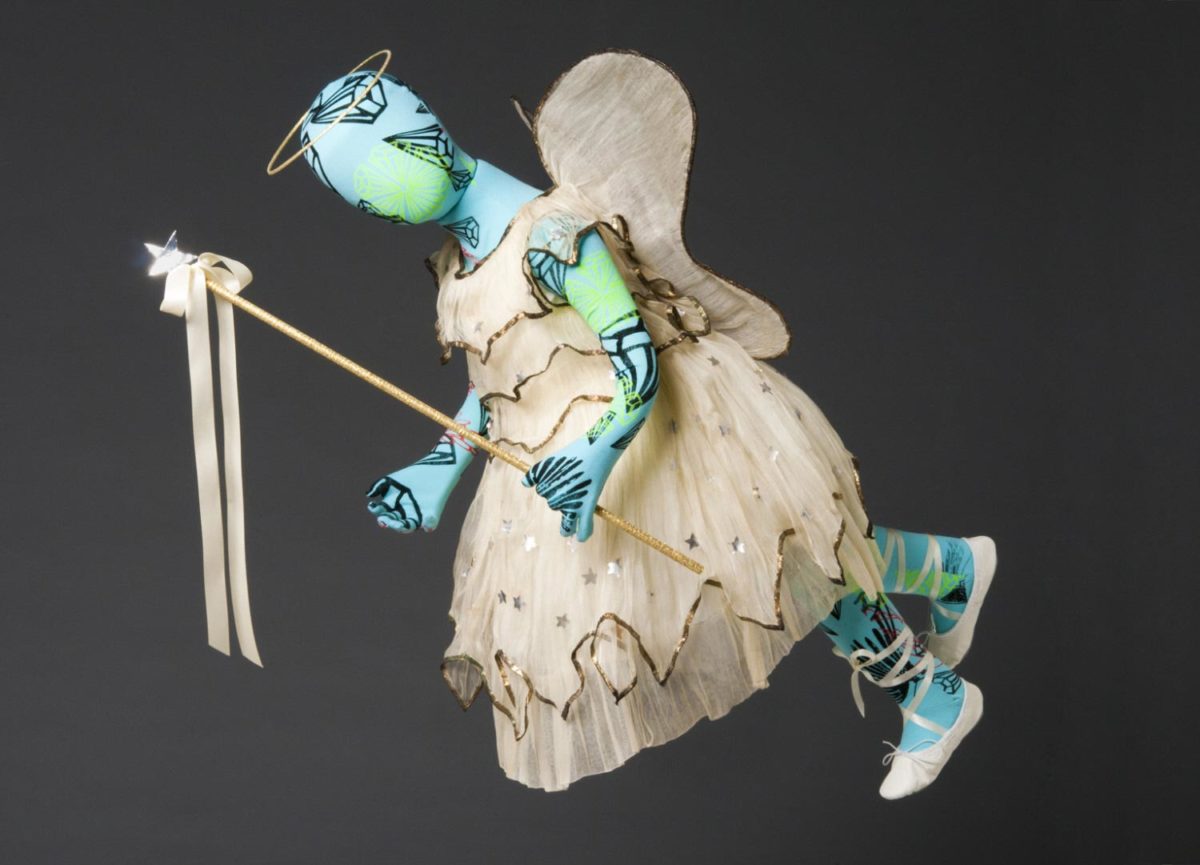 Tomorrow is one of those whimsical holidays: “Be an Angel Day.” Could the name be any more ambiguous? Is it “Be an angel and get me another gin…”? Or perhaps “Be an Angel and adopt a child in need.” or “Be an Angel and give blood.” My first thought was the morally problematic “Why Don’t You Die and Be an Angel?”

It is this dark outlook that brings us to this story of a startling and unwelcome angelic visitation.

AN ANGEL SEEN IN LOUISIANA

Residents in the section east of Ponchatoula, La., are agitated. Mrs. Levi Vining’s story, in which she is corroborated by her husband and Messrs. Lavigne and Lee Hunt, is as follows:

“About 7:30 o’clock last Tuesday night Mr. Lavigne came over to the house to see Mr. Vining, and while standing at the font of the house talking to Mr. Vining he noticed a white form in the sky.

“We watched it for five or ten minutes, when Mr. Vining suggested that Mr. Hunt shoot at it. Mr. Hunt brought out the gun and fired. Whatever it was it wavered a little and descended a little lower, where it continued to float back and forth, traveling about a hundred feet each time and turning and coming back. Mr. Hunt fired a second shot, and this time the “angel” came down to within eight or ten feet of the ground, where it hovered and spread its wings, waving them slowly back and forth.

“After remaining at this point for about ten minutes, during which time the little black dog was jumping up and down, barking furiously, but would not go near it, we were able to see it plainly.”

In describing it, Mrs. Vining said that it was about the size of a four-year-old child and that it seemed to be clothed in flowing white and had large white wings.

Reports of others who had seen the “angel” were investigated, and all told practically the same story, except that in no other case had the “angel” come so close to earth as at the Vining home.

Going out on a limb here, but isn’t shooting an angel bad luck or something? Enough to make the angels weep…

If it was not an angel, what might it have been? A bird, yes, but what kind? A crane of some sort? (Do cranes hover?) Although residents are reported as being “agitated,” I found it interesting that there is no suggestion that the entity carries a religious message or is an omen, either good or bad, but it turns out that particular panic was left out of the syndicated article.  Here is a portion of one of the first accounts of the angel, which gives more details and a possible explanation.

“The entire thing,” Mrs. Vining said, “glowed unearthly white, which gave it a hazy appearance and the features were not clean cut. Finally the ‘angel’ floated up into the air again and disappeared.”

Mrs. Vining said that after the first shot was fired a second “angel” appeared and came to the first one, but it did not tarry long, but disappeared up into the sky, growing fainter and fainter as it mounted higher and higher.

Reports of others who had seen the “angel” were investigated and all told practically the same story, except that in no other case in the vicinity has the “angel” come so close to the earth as at the Vining home. At Loranger it was reported that it came into the yard of a citizen there. It was also reported that the “angel” had been seen in Independence on the same night.

In the Howes School Section, the farmers are gathering in small groups here and there and their one topic is “the angels.” They seem to think that it is a warning of some sort.

A big circus was showing in Hammond Tuesday night and a large searchlight was used by them that night. While it is more than twelve miles from the Vining home to Hammond, some believe that this phenomenon was caused by the light coming in contact with light fleecy clouds and may have been reflected downward to a fog or mist close to the ground.

Neither Mrs. Vining, her husband or Messrs. Lavigne or Hunt would accept this explanation, however, nor other neighbors who had also seen the “angel,” admit that the searchlight could have had anything to do with the apparition.

If the searchlight solution was less than illuminating, this avian explanation was said to shoot down the mystery.

The “warning angel” of Ponchatoula, La., is a large white pelican.

The “angel” was found dead in the streets of Kentwood, 35 miles north of Ponchatoula shortly after it had terrorized residents of Ponchatoula by suddenly appearing out of the shadows of night and flapping its wings at people. Some skeptic fired a shot gun at the “angel” and claimed that it nearly fell.

Percy Viosca, Jr., biologist for the department of conservation, just returned from Kentwood, is authority for the identification of the “white mystery flyer.” He said that Clyde Holland of Greenburg gave Mr. Viosca a minute description of the “dead angel.” Mr. Viosca decided that the “angel” was a bird. It measured eight feet from tip to tip of the wings.

Playing Devil’s Advocate, how likely is it that three witnesses would not recognize a pelican? Louisiana was well-stocked with the creatures; the Brown Pelican was designated the official state bird in 1966. Some species have a large wingspan and white feathers; but they also have enormous, un-angelic bills, which ought to have been visible from 8 to 10 feet away.

Other instances of angel-panic? Be an angel and tell chriswoodyard8 AT gmail.com

Floodmouse writes in with a plausible suggestion:  My first thought was, it sounds like a deflating balloon. (Not a latex child’s toy balloon, but a canvas hot air balloon of some kind.) The way the flight was described, I thought it sounded like the way wind would carry a partially inflated balloon that was slowly leaking. But I like the pelican theory too.