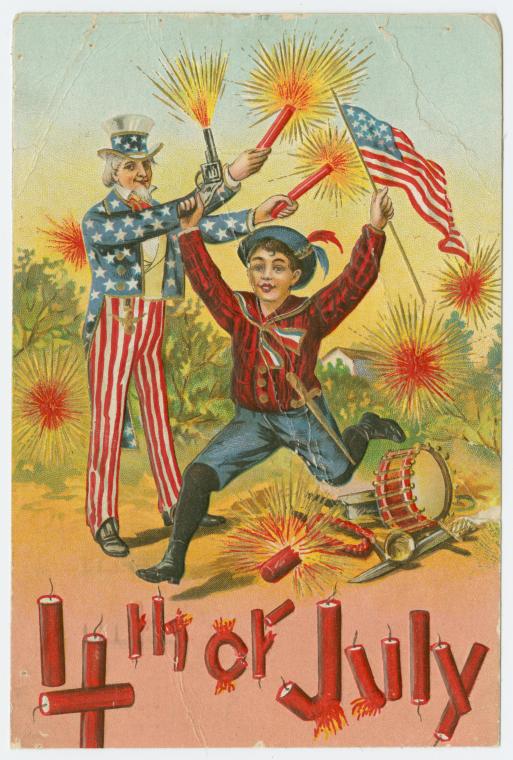 Have a “Sane” Independence Day! Not exactly a sane holiday… From the New York Public Library Digital Archives.

Independence Day was, traditionally, one of the bloodiest holidays of the past. See this wonderful post from Strange Company for a round-up of 4th-of-July casualties.

“Blank cartridge wounds,” according to the official report of the American Medical Association, “cause more deaths in the annual celebration of the Fourth of July than all other factors combined. In seven years 794 deaths have been caused by this one factor. Most of the victims were boys from six to eighteen years old, and they were doomed to die the most awful death known to medical science, a death the agony of which is probably not paralleled by the tortures of the Inquisition. If this annual sacrifice were really necessary it would be far more merciful to pick out the hundred or more youths each year and deliberately shoot them.”

JAMA: The Journal of the American Medical Association, Volume 55, 1910

Here’s wishing you and yours a “sane” Independence Day!

This wish, will, of course, in no way stop the idiots down the hill from my neighborhood from sending off hundreds of mortar rounds on the 4th.