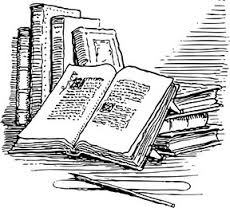 The Black Book of Wizard Zittle

In a previous post, “Black Dogs and Dynamite,” I mentioned a man known as “Wizard Zittle,” a local “conjure man” or folk healer who owned a mysterious black book called The Friend in Need or Secret Science.

The author of South Mountain Magic, who wrote rather sneeringly about the “superstitions” rampant in the South Mountain area of Maryland, did, at least, record certain folk-beliefs in the area, although with considerable condescension and squeamishness about “blasphemy.” She also says that she got a look at the Wizard’s Black Book and transcribed certain parts of it. Since this may be the only surviving trace of this magic book, let us see what secrets it contains—at least as recorded by Madeleine Vinton Dahlgren.

We shall now…speak of a series of extraordinary delusions. The High Priest of all this evil practice, — for mere mummery it can scarcely be called,—was the old man Michael Zittle, who died in the summer of 1877. He was resorted to by hundreds of people from all the country round about South Mountain, and even  from a distance, many of whom went away in the belief that they had been cured; and they may have been so. He is said, when dying, to have transferred “his power” to a member of his family, to whom he also left his book…[the book was said to have disappeared after the death of the legatee.]
We have seen the original “Conjuring-Book” of Old Zittle. It is in German, and we have made a rude translation of portions of its sibylline leaves, quite enough of it, we trust, to satisfy the curiosity of our learned readers, and more than enough of it to satisfy ourselves as to its true nature. It is intended as a treatise of so-called “black art,” and portions of it are too blasphemous to give a rendering…. The way in which we happened to see the original book was quite accidental. We called to see an old woman who was considered “a doctress.”  She was ill, and we found her much troubled because some one had robbed her. But she said that she was trying the various conjurations of the “black book” with the expectation of discovering the thief, and thus being able to regain her stolen property. She mentioned to us that the “wizard” had lent her the book for that purpose. We had often heard this book alluded to as the “conjuring book,” and were curious to see it, in connection with the results claimed for it, and we obtained a very reluctant consent from this old woman to take it home for a few days only….
We would not, indeed, call the attention of the reader to the book, except in connection with the number of cures said to have been performed through its agency, and believed in as true; and also other results that have followed its use and are narrated as real. When we view it in this sense, it becomes a factor of some interest, as the instrument of a wide-spread superstition. We are told that so long as the old curemonger refused to take money his cures were certain; but that later in life, being old and very poor, he was persuaded to ask a fee, and that when he did so, he had “bad luck.”
Among all those of this family and others on this mountain who now “try for” (that is the term used) diseases, none have been so fortunate. He called the “go-backs” “abnehmen” [German: wane, diminish, take off, remove, which in children is “failure to thrive” and in adults, a wasting disease.] and had great success in curing this malady.
As this man worked his cures in great part according to the directions given in his book, we wish to explain a little. Wherever the cross (┼) is printed, it means to call upon the most Holy Trinity. Indeed, it seems to us that an impious use of holy names and sacrilegious allusions to the sufferings of the Saviour form the substance, or warp and woof of the system.
This fact makes us believe that, if direct results of this agency were really obtained as claimed, the power that gave them efficacy was in its nature satanic. It is not our purpose to assert any doctrine in this connection, whatever personal belief we may and do hold, for this is a narrative only, of South-Mountain magic.
The book we have spoken of bears the title of “The Friend in Need; or, Secret Science.” The title page simply asserts that it is a translation from THE BLACK BOOK. (the Spanish into German) and states, “Printed for the Purchaser, 1826.” It has no publisher’s name nor place of printing given: in fact, no clew by which any one in Germany could have been held amenable for violation of law in its publication.
The preface mentions that the book is written “according to the secret tricks found in an ancient Spanish manuscript herein brought out, which was discovered by an old hermit over a hundred years ago, hidden among the mysteries of the Holy Land; many wonders having thereby been performed in this same country. It also treats of ‘The Dragon with Four Young,’ etc., etc. and it contains rare prescriptions from “legends found in Freyburg in 1752,” etc., etc.

For contrast, several cures from The Long Lost Friend:

A BENEDICTION TO PREVENT FIRE.

“The bitter sorrows and the death of our dear Lord Jesus Christ shall prevail. Fire and wind and great heat and all that is within the power of these elements, I command thee, through the Lord Jesus Christ, who has spoken to the winds and the waters, and they obeyed him. By these powerful words spoken by Jesus, I command, threaten, and inform thee, fire, flame, and heat, and your powers as elements, to flee forthwith, The holy, rosy blood of our dear Lord Jesus Christ may rule it. Thou, fire, and wind, and great beat, I command thee, as the Lord did, by his holy angels, command the great heat in the fiery oven to leave those three holy men, Shadrach and his companions, Meshach and Abednego, untouched, which was done accordingly. Thus thou shalt abate, thou fire, flame, and great heat, the Almighty God having spoken in creating. the four elements, together with heaven and earth; Fiat! Fiat! Fiat! that is: It shall be in the name of God the Father, the Son, and the Holy Ghost. Amen.

TO COMPEL A THIEF TO RETURN STOLEN GOODS.

Early in the morning before sunrise you must go to a pear tree, and take with you three nails out of a coffin, or three horse-shoe nails that were never used, and holding these toward the rising Sun. you must say:

To stop Bleeding at any time:

As soon as you cut yourself, you must say: “Blessed wound, blessed hour, blessed be the day on which Jesus Christ was born, in the name + + + Amen

Another way to Stop Blood:

Write the name of the four principle waters of the whole world, flowing out of Paradise, on a paper, namely: Pison, Gihon, Hedekiel, and Pheat, and aput it on the wound. In the the first book of Moses, the second chapter, verses 11, 12, 13, you will find them. You will find this effective.

If the bleeding will not stop, or if a vein has been cut, then lay the following on it, and it will stop that hour. Yet if any one does not believe this, let him write the letters upon a knife and stab an irrational animal, and he will not be able to draw blood. And whosoever carries this about him, will be safe against all his enemies:  I.m.I.K.I.B.I.P.a.x.v.ss.Ss. vas l.P.O. unay Lit. Dom. Mper vobism. And whenever a woman is going to give birth to a child, or is otherwise afflicted, let her have this letter about her person; it will certainly be of avail.

As I was finishing this post, I ran across this note from an author who has a copy of the black book:

One of the most curious of the smaller powwow books to appear in Pennsylvania is Der Freund in der Noth; oder, Geheime Sympathetische Wissenschaft, welche nie zuvor im Druck erschienen. The title page bears the legend Aus dem Spanischen ubersetzt and bears the false imprint and date Gedruckt in der Calender-Fabrike, zu Offenbach, am Mayn, in Deutschland, auf Ansuchung eines Tyrolers, 1790. It is obviously a Pennsylvania imprint and after 1800. A copy which I have, much chewed by mice in a Pennsylvania attic, but otherwise intact, bears the following mystifying preface on the provenance of the book:

The following secret remedies were taken from an old Spanish manuscript, which was found at an old hermit’s who for over a hundred years had lived in a cave in the dark valleys of the Graubunden land, performing in the same region many wonderous works, among others expelling from said regions the monstrous dragon with four young, which dwelt upon those very fearsome mountains in Unterwalden—as indeed one can read in his legend which was published at Freyburg in Ichtland by Hans von Leixner in the year 1752.

Like Hohman’s book, this little twenty-four-page collection combines medical cures with magical charms. The usual range of the latter is from stopping thieves to charming guns and extinguishing fire. It includes the SATOR-formula with S instead of N in the central square….“Hohman and Romanus: Origins and Diffusion of the Pennsylvania German Powwow Manual,” Don Yoder in American Folk Medicine: A Symposium, edited by Wayland D. Hand, 1976, p. 243

Several other books with the title Der Freund in Der Noth can be found at Worldcat. At least one is a folk-medicine manual; others deal with the subject of purgatory.

And, if you haven’t had enough blood-stopping excitement, you can find a book titled Der Freund in Der Noth: An Annotated Translation of an Early Pennsylvania Folk-Healing Manual, translated by Patrick J. Donmoyer, here with no preview. I  have not seen it so I cannot say how it corresponds to The Black Book of Wizard  Zittle. The book is attributed to Johann Georg Hohman, the author of The Long Lost Friend.  Did Hohman create two versions of the same powwow  manual, dressing up Der Freund in Der Noth with an impressive Spanish/German/dragon-legend  pedigree?  Or was it a compilation by a competitor?  If you know, chriswoodyard8 AT gmail.com.

You can now purchase a paperback version and a Kindle edition of The Black Book.