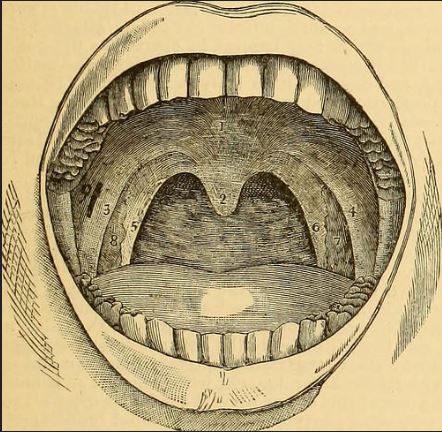 The French Tongue: A Method for Raising the Dead

IN ORDER TO BRING THE DEAD TO LIFE.

NEW METHOD TO RESTORE TO LIFE THOSE ASPHYXIATED—DIRECTIONS GIVEN BY DR. LABORDE.

The Hellman horror, through which six human lives were lost, is too fresh in the public mind to need a recounting. An entire family, father, mother and four children, was killed by asphyxiation. Not one was saved! This is the particularly sad feature of the terrible tragedy, which would make any thoughtful man exclaim, “What was done to resuscitate these unfortunates?” The answer is, “Nothing!”

In the excitement attendant upon the discovery of the lifeless bodies, nobody thought of resorting to means to recall the apparently extinct spark of life. The report of the calamity, after describing in what positions the victims were found, “looking, except the father, as if they were enjoying a peaceful slumber, from which they could be awakened,” ended by simply stating that “it was evident that life had been extinct for some hours, and any effort at resuscitation would have been fruitless.”

The subject of resuscitating persons from asphyxiation, whether it be through drowning or otherwise, is just now receiving considerable attention from the faculty of the Paris Medical Academy. A number of doctors expressed their opinions that a large percentage of people who have apparently suffered death from suffocation might have been recalled to life by patient and scientific treatment.

It remained for Dr. Laborde to startle the learned body by his decidedly novel way of treating cases of suffocation. His bizarre method seemed to both amuse and frighten the assembled doctors. Dr. Laborde insists that the most effective and, as far as he has found, successful way of resuscitation is obtained by the rhythmical pulling of the tongue of the person suffocated. The modus operandi, he explains, is simple. The victim is laid on the ground, table, or any sufficiently large flat surface. Most people dead, or apparently so, have their jaws firmly set. The mouth is forced open as wide as possible and kept in that position. The doctor or other operator seizes the tongue with a firm grip. Then, while pressing down the base of the tongue with a spoon or similar object, he commences to pull it out to its full length toward himself with a steady but strong motion. This must be kept up at the rate of fifteen or twenty pulls an hour. The tongue is very liable to slip through the fingers, and this must be carefully prevented. Dr. Laborde advises the persons performing this operation to wrap a handkerchief around his hand, by which means he will secure a very firm hold on the tongue. “There need be no pulling too vigorously,” he says, “so long as it is done with the regularity of clockwork, this being imperative to insure success. Care must also be taken that the operator always pulls the tongue toward himself, thus getting all the muscles in play, which would be prevented if the pulling was done sideways. If possible, it is beneficial for the person who is being resuscitated to have somebody vigorously rub both the chest and the lower extremities.”

Dr. Laborde says that the idea of this process suggested itself to him while trying some laboratory experiments. He had noticed that animals asphyxiated by means of chloroform, for the purpose of vivisection, were strangely sensitive when their tongue was pulled out. They became restless and showed other signs of returning consciousness. This set Dr. Laborde to experimenting. He pulled the tongue a number of times, and invariably caused the animals to break into a loud hiccough, first rather passive, but soon becoming spontaneous.

The Doctor claims that he has made almost innumerable experiments with dogs, which he has suffocated, and which to all appearances were dead. He feels confident, through the success he has had, that this method of pulling the tongue is invaluable. In one case he mentions a man who had been given up by everybody as dead, through the inhalation of charcoal fumes. Dr. Laborde happened to pass the house, was called in, and succeeded, after working not less than two hours, in bringing the man back to life.

This method has met with the strong approval of leading medical men, and may be used not only in cases where suffocation from drowning or the inhalation of noxious fumes has ensued, but Dr. Laborde says it is as effective in cases of strangulation, lockjaw, and similar afflictions. One man who had, by accident, swallowed the contents of a bottle of bromide, and with whom respiration had entirely ceased, was brought back to life and completely cured by having his tongue pulled in this fashion.

The Encyclopaedia of Death and Life in the Spirit-world, Volume 2, John Reynolds Francis, 1906 [originally published in 1896]

The Hellman horror was the murder-suicide of his wife and six children by Frederick Hellman in 1895. The coroner initially thought that the gas had been turned on by accident, but at the inquest, Frederick’s brother Charles produced a letter that Frederick had mailed to him, written on the evening of the deaths, in which he stated that he intended to kill himself. The house had been plumbed for gas only two weeks previously and it was believed that Hellman installed them to accomplish his fatal purpose. Several of the children were found in positions and with injuries that indicated that they were not “enjoying a peaceful slumber” and had fought to flee the room as it filled with gas. Insanity from sunstroke 10 years earlier was suggested as a cause. Hellman’s affairs were in good order and he had seemed devoted to his family.

The death of a Dr. Jean Baptiste Vincent  Laborde, director of the Paris Physiological Laboratory, age 72, was reported in The Lancet of 2 May, 1903. The brief notice gives some of his medical specialities and the fact that he was a member of the Society for the Suppression of Drunkeness, but does not mention pulling the tongue. Is it the same Dr. Laborde? The French apparently were making a special study of tongue usage in the mid-1890s. A Prof. Lepine of Lyons, discovered in 1896 that he could cure hiccoughs–there had been an epidemic of fatal episodes–by pulling the tongue.

Any more details on Dr. Laborde? Is this actually a rational, useful method of resuscitation? Don’t let the cat get your tongue. Send to Chriswoodyard8 AT gmail.com.