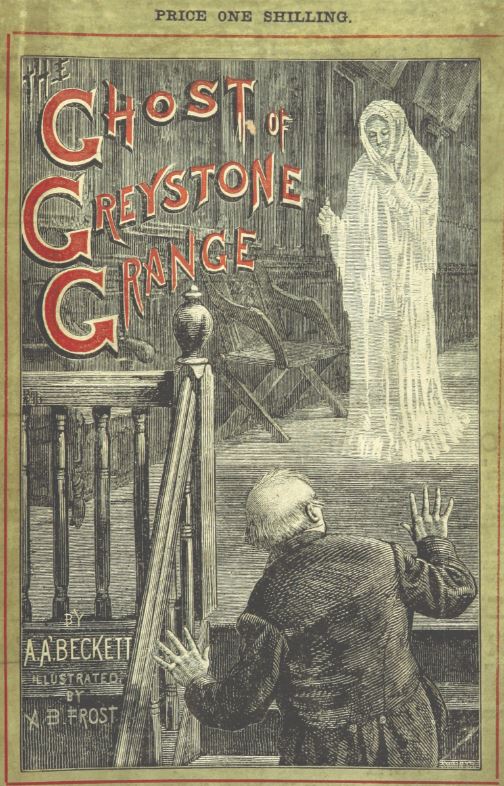 Long before the era of black t-shirts, Spirit Boxes, and ghost-pro action cameras beloved of today’s ghost hunters, there was a man who stood alone in the field of paranormal investigation: Charlie Dove, who billed himself as a banisher of ghosts.

If anybody who owns a haunted house would like to have the spooks cleared out by a professional ghost banisher let him hie himself to the City road, in the east end of London, where he will see a sign with the inscription: “Charlie Dove, the Original Haunted House Restorer and Ghost Eradicator.” The man with the peaceful name thinks he is the first to undertake jobs of that kind. There are plenty of houses in England, he points out, and not a few in London itself, in which people refuse to live because they see or hear things.

“Now,” said Dove with fine professional confidence to an interviewer, “why should all that property be allowed to run to waste? Why shouldn’t those houses be restored and the ghosts cleared out?”

Why, indeed? Ghosts pay no rent and contribute neither to the local nor to the national revenue, so the country has everything to gain by their expulsion. Dove is perfectly certain that it can be done and that he is the man to do it. Unfortunately the ghost layer complains that opportunities for displaying his powers are scarce.

“Lots of people write to me,” he says, “but somehow they won’t make definite arrangements.” The ghost banisher gives no hint as to his method, but that may be a professional secret, to inquire into which would be indiscreet. Besides, the ghosts might hear of it and take measures accordingly. It should also not be forgotten that English people like their ghosts.

In his naiveté, confidence, and near-amateur status, Mr Dove reminds me of Hickman Whittington, Amateur Exorcist.

An English correspondent mentioned Mr Dove’s advertisement, speculated about his qualifications, and told of another no-nonsense way of exorcising ghosts:

Some time ago there appeared in a London paper a curious and mysterious advertisement coming from one who announced himself as “The Original Haunted House Restorer and Ghost Eradicator.” Calling himself “the original” suggests competition in the profession. I had almost a mind to write and ask him his fee, but then I had no ghost in my house to get rid of. I wish now I had, in spite of that, for his reply might have been interesting. In the old days the office was a priestly one and had to be well paid for. I presume there is no licence or examination required in order to become a “Ghost eradicator.”

I once heard of an Indian officer who effectually “eradicated” a ghost without calling for any professional assistance. He secured a very desirable house with a large garden at the end of a certain village for a mere song, as it had been empty for years solely on account of a most ill-mannered ghost who was reported to walk the house every night and scream and throw things at people; even the villagers gave the house a wide berth after dark. The house had a very bad reputation, not only locally, but far around. But the major got a firm from London to put it in thorough repair and redecorate it. Some days before he took possession he placed a target in his garden and, where the villagers could see him, began practising with a revolver at that target. He was a good shot and seldom missed the mark. Then he stuck up a bold notice on the garden wall that “Any ghost found wandering in this house or in this garden at night will be promptly shot.” Local servants were not to be had for love or money, but nothing daunted, the major secured the services of two Scotchwomen of iron nerves, and a family butler who did not believe in such nonsense, and no ghost ever troubled him. Then after a time he brought his family down, and more London servants, but never a sign of a ghost saw they. The charm of the road: England and Wales, James John Hissey, 1910: p. 350-1

This note and the first article are the only traces I can find of Mr Charlie Dove. He does not seem to appear in the Spiritualist literature, but perhaps he will be found in the British newspaper databases. I found a couple of Charley/Charlie Doves in the 1901 London Census: Charlie, age 37, was a temperance bar keeper, an occupation not inconsistent with Spiritualism, which had a strong anti-alcohol bias. Next to Charley, age 34, the section to list “occupation” was left blank–or, if he is our ghost-eradicator, perhaps it is just written in invisible ink.

As to his method, was it the sensible tightening of boards and beams recommended by an American real estate man in 1905? [Sandusky Star Journal 17 August 1905] Could it have been the classic Anglican exorcism ritual used by rural parsons to set bad ghosts to bailing out pools with limpet shells? Did the Ghost Eradicator simply redecorate, hold a noisy house party, or exterminate the snakes in the walls? Or he might have harkened back to the methods of the local Cunning Man:

In districts where the population is too ignorant and superstitious to be moved by reason, the wily ghost exorcist has been known to appeal to the superstition and court a reputation for supernatural powers of his own. He meets the ghost on its own ground, and drives out the belief in the bogie by a stronger belief in his proficiency in the black arts. The things desired are the routing of the undesirable tenants and the earning of the guaranteed coin of the realm. If, in order to do that, he must deal in charms and spells, the successful exorcist will trump up charms and spells calculated to paralyse any ghost, and to instil serene confidence into the most ignorant rustic mind.

The exorcist earns his fee, the agent chortles in his glee, and the property owner congratulates himself, and a poor discredited ghost goes, wandering over the face of the earth a victim to modern business methods. Plain Dealer [Cleveland, OH] 11 December 1898: p. 6

Any other details about hopeful Charlie Dove? chriswoodyard8 AT gmail.com