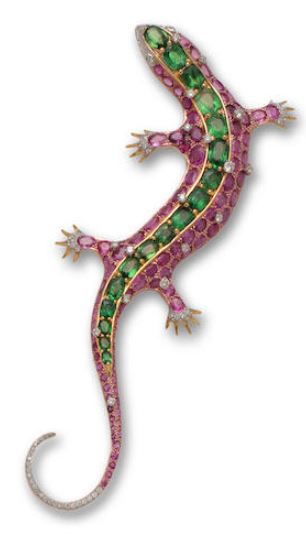 When I think of the classic fortean repertoire, my first thought is “fish falls,” followed  closely by “people riddled with reptiles.” You know the drill: some unfortunate is plagued by mysterious stomach aches and a ravenous appetite but is eventually cured after vomiting up a frog, a lizard, or a snake. They then recall drinking from a spring long ago, and feeling something slide down their throat, the beginning of all their woes. The name for the folklore motif is the “bosom serpent.” The usual victims are young ladies, but in the following case, the infested one was a Canadian farmer.

Bathurst, Gloucester, July 1st.— A circumstance of an extraordinary nature having happened in this community, I take the liberty of bringing it before the public through the medium of your journal. A farmer in this county, James Mulock, of the flat lands, has been for some three years and a half confined to his bed through weakness proceeding from emaciation; the cause of his sickness was unknown, and the symptoms bore no resemblance to any other disease that has appeared in this community. All the doctors have prescribed for him, and all with the same result— complete failure. A few weeks ago, however, a gipsy woman, who has been telling fortunes for some time past, offered to cure him for $100, the sum to be left in the hands of Ferguson, who was to be the judge of the cure; Mulock was to put himself completely in her hands, and leave his home for one week. He did so, although his wife demurred to the arrangement, and tried to dissuade him from it; he, however, persisted and went with her, accompanied by his younger brother Charles, and now we may as well take the story of the latter:

Well, that is quite the reptilian yarn!  The poor man was simply teeming! Alas, in the time-honored tradition of fortean objects, the lizards (which are described as looking like wyverns) never arrived at Harvard or at the St. John Natural History Society. The notion of alimentary amphibians being lured out by a food or drink is a very old one–perhaps going back to the 12th century, as described by this article on the “bosom serpent,” a concept so well-known that it inspired herpetological hoaxers:

Annie Brown, the notorious snake-woman, turned out to be a fraud. She has lately been at the Wayne County, N.Y. infirmary, and the physician, seeing the snake’s head protrude from her mouth, seized her by the throat to prevent swallowing, and made her disgorge the reptile, which proved to be nothing more nor less than a piece of black India rubber, that she had been accustomed to slip down her throat, and then, with her convulsive movements, raise up and let down again. Brooklyn [NY] Daily Eagle 11 July 1871: p. 1

While I found no Mulocks (also spelled Mulloch) in New Brunswick, the location suggested by the byline and “flat lands,” the name is a very common one in Nova Scotia.  If the James Mulock buried in St Matthew’s Churchyard Cemetery in Upper LaHave, N.S. is the correct one, he lived to the ripe age of 83. As a fortean, I try to avoid dogmatic assertions about impossible events. Yet the whole excruciating ordeal (overseen by a gypsy, no less!) has a definite dime-novel flavor. Is this yet another one of those silly season tales using the names of prominent citizens? An allegorical representation of DT detox? Or an actual event where a man was cured by a conjuring trick? I once read of a doctor, an amateur magician, treating an Asian patient not only with western medicine, but  as her local shaman might have done: He darkened the room, burned mystic powders and waved his arms impressively and when the patient vomited, he showed her the basin, complete with live lizard, which he had placed there. This was apparently the impetus she needed to make a full recovery.

At least Mr. Mulock did not share the sad fate of a young Ohio lady who was said to have died of lizards (her doctor apparently confirmed this by autopsy), although the coroner refused to allow that cause of death to be listed on her death certificate. [See The Victorian Book of the Dead for details.] Spoilsport.

Any other bosom serpent stories? Or further information on James Mulock? I thirst for details. chriswoodyard8 AT gmail.com.