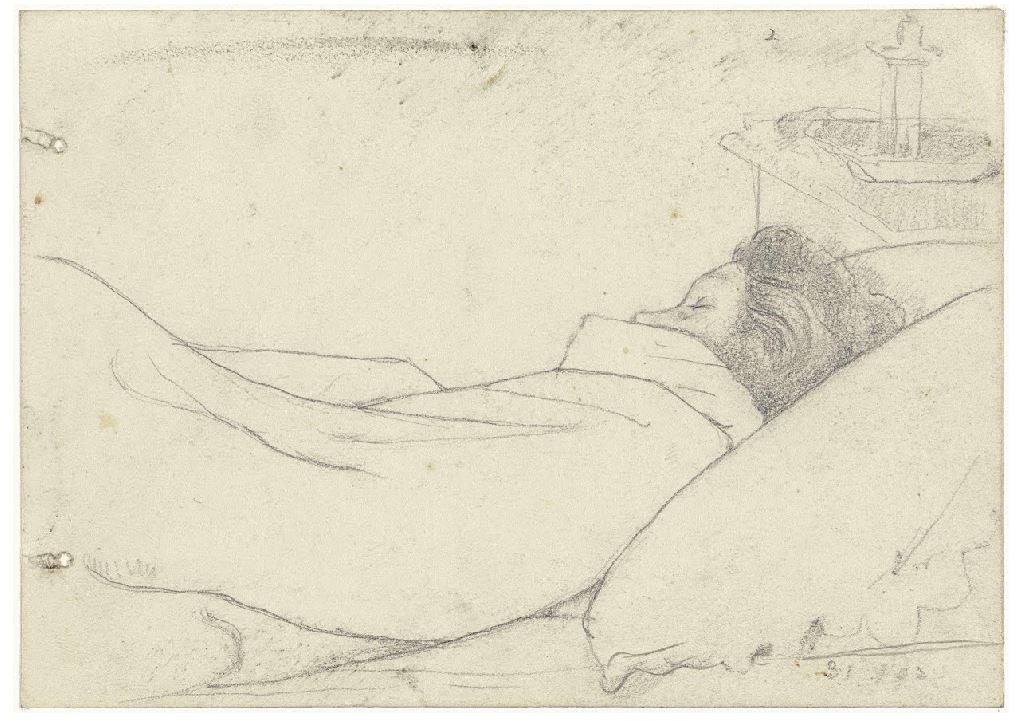 It’s that time for putting extra blankets on the bed, which may be cosy, but may also provide a convenient cocoon for an abduction scenario. I’ll let the narrator explain.

The following experience which befell me may be of interest, and if any of your readers can offer any explanation, I shall be interested to read it.

I live in rooms in London, in a house in which every room is occupied. At the time of which I speak (about three Christmases ago) my friend, how usually occupied the next room, was away in hospital. It was just after a Christmas which I had spent alone in these rooms. Christmas and Boxing Day (afternoons) had been spent at my friend’s bedside.

On my return on this particular evening, I retired about ten o’clock, leaving the French window (which opens into a greenhouse looking on the garden) wide open to admit air, as usual. Soon after I had comfortably settled in bed, there came into the room a rush of air which had a humming sound peculiar to itself, but which might be likened to that of the wind moaning round a door, but was not the same, for there was something almost human in it. (I would know the sound again if it came.) This wind—for such it must be called—blew around my bed and me, and made the most determined efforts, or so it seemed, to lift me up and carry me away, bedclothes and all. Honestly I was scared and hid my face under the clothes! The wind continued in its efforts but failed to move me, and, before it had finished, it had tucked the clothes so tightly around me, that I was unable to move my arm inside or loosen the clothes until, with an effort, I hoisted myself on my side and so freed myself. All this time the curious humming sound continued. After tucking me up, it left me, to return almost immediately, humming more vigorously, it seemed, to repeat the performance. Again it left me firmly tucked up and, once more, created the impression that it would carry me away if it could. I again hid my face and remember wondering “How far could ‘they’ carry me if they got me out?”

It has been my regret that I had not the courage to look, for the second visit seemed more determined and the sound more pleading. Could it have been some of those friends how have “passed over” knew I was alone and came back to me for a few minutes? I do not know.

Last Christmas I was alone again. I wondered if I should have another visit and opened the door as usual, but “they” did not come. I might mention that I had not been to sleep when the above experience befell me. The “tucking in” was far from gentle; it was really a forceful “Dig” and sent the bedclothes under me. Perhaps “thrust” would be a better word.

A “humming” sound? “Pleading”? and “how far could ‘they’ carry me”? A vague, yet suggestive collection of phenomena with more than a whiff of modern alien abduction/bedroom invaders. The tucking is certainly not a tender gesture, but an immobilization technique.

I was reminded of the whispering wind in this post about a wake, and also of the twitching of the bedclothes in this story of unhappy fairies. The humming sound is often reported in UFO and in some Marian apparition cases, such as Fatima. In fact, there has recently been a whole spate of mystery hums around the world. Departed friends do sometimes return, yet such revenants rarely carry anyone away.