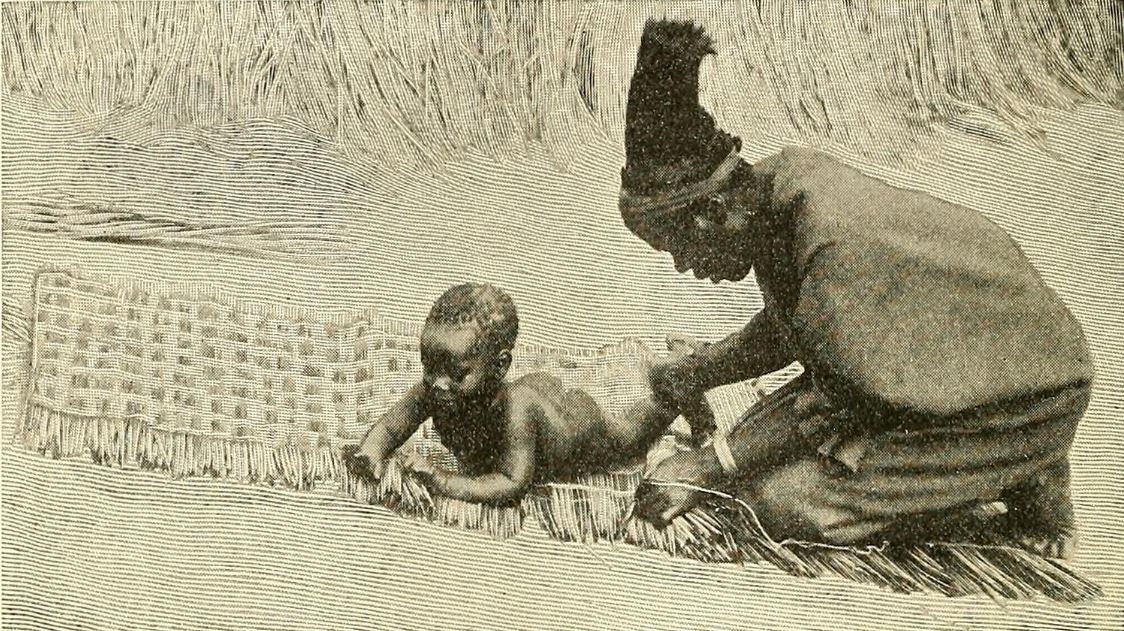 A Woman Wailing in Zululand. Zulu woman and child 1902

It becomes a bit tiresome when the bulk of ghost-lore only comes from the usual places in the United States and Great Britain: royal palaces or stately homes, historic jails or insane asylums, ax-murder sites or one of the newfangled pay-per-boo “paranormal attractions.”  It always delights me when I can find stories from under-served (but not necessarily under-haunted) continents like Australia or Africa, such as this story of mysterious lights and noises leading to a gruesome discovery.

The following account of what appears to be a genuine case of spirit haunting reaches us through an Englishman residing in Zululand. The narrator, who occupies an official position, and is, therefore, desirous that his name should not be published, says: ‘The facts are as I shall relate them.’ Our correspondent, who transmits the account, says that although, as a rule, he disregards all such tales, he believes that this is a bare recital of facts, and both he and the actual narrator will be glad to corroborate them privately. The report is as follows:—

Some three years ago last September a certain Dutch farmer reported the fact of a skeleton having been discovered on his farm under extraordinary circumstances, and asked that the matter should be officially investigated. I went over to this man’s farm and interviewed him, but it was only after much hesitation on his part that I managed to elicit the following details. His hesitation was due to the fact of his being a particularly sensitive man and consequently afraid of ridicule. People who know him well say that he is exceedingly honourable, upright, and also well educated. I mention this because, had it been otherwise, I should never have put the slightest credence in the story he told me, but, knowing him to be the man he is, I must say that I certainly believe that he only told me what he himself absolutely believed to be the truth. I give you this version, drawn from him, as I say, only by great patience and, if I may say so, the exercise of tact.

He told me that some years ago, before the Boer war, two white men worked for him and were accustomed to camp out in a certain place on his farm for the purpose of attending to the lambing of his sheep and goats. One day they came to him in a great fright and reported that they had been very much disturbed by uncanny noises and supernatural lights near their camp. I will describe the site of the camp as I saw it. There is a small river some three miles from the house which, at this particular place, makes a bend forming a large semi-circle. The outer edge, or further bank, is steep and rocky, but the land within the semi-circle is quite low and consequently sheltered; the rock side is in the nature of a succession of kranzes [ridges?] from eighty to one hundred feet high. Under one of the kranzes the ground slopes up from the edge of the river, not very steeply, ending at the top in a sort of natural platform, which is completely overhung by the kranz. I should say it comes like a roof for about twenty feet. It is hardly a cave, for it is quite open at the front.

I can best describe it as a magnificent shelter about thirty feet above the river. It is about twenty yards long and, as I say, about twenty feet broad. I am a bad hand at descriptions, and am afraid this is rather vague, but I hope you can realise it in your mind. Well, under this natural roof and on this platform these white men always pitched their tent. According to their account a noise arose, which they described as being like the wailing of a woman, succeeded by that of a child, just behind their tent and consequently right at the back and near to the rock wall. It crossed either right through the tent or sometimes just outside the tent, and ceased at a point on the front edge of the platform. This, they said, had happened on several nights, and sometimes they had seen a sort of light appearing slightly above the ground, which moved in the same direction as the noise and disappeared at the place where the noise ceased: occasionally this light went floating out over the river and hovered round there, but it always returned to this one place at the edge of the platform. These appearances were also accompanied by much shaking of the beds and the articles they had in the tent. To cut it short, the farmer said that he had decided to go himself the next September and investigate. But the war came and he did not return for some years.

Now comes the sequel. At the time I have mentioned two men were there as usual, but after staying one night they came up to the farmer and refused to return to the place. Thereupon he got together a party of neighbours —Dutchmen —and went down that night with the intention of investigating thoroughly.

The noises generally started about 9 p.m., so about then they put out all lights, &c., and waited. Soon they heard the noise of wailing, and almost immediately a light rushed in from the back of the tent and one man felt a heavy blow dealt, subsequently finding that his arm was broken; another got a terrific smash in the mouth, loosening some of his teeth, and the ‘thing’ then passed out of the front of the tent. The inquirers naturally rushed out, too, and saw that the light passed across the rock and hovered round; it then rapidly returned and disappeared at a place just on the edge; all this time the wild wailing continued. They all cleared off after that, and the next day returned and started digging at the place where the light disappeared. It was just loose, sandy soil, and barely two feet underground they came across the skeleton of a woman and also of a wee child— evidently, from the position of the bones, an unborn child. On this discovery being made the farmer ordered the bones to be covered up again, and immediately went and reported it to the police. I went over with him and we dug at the place he indicated, and there was the skeleton, or rather, the skeletons. An official report was made, but as there was no evidence of foul play, the district surgeon was unable to come out. I kept the skull and several bones and showed them to him at a later date, and be gave it as his opinion that they were those of a young, pregnant woman. The cause of death, of course, was unknown, and he could not make even a guess at the date. He was inclined to think that the body could not have been underground less than ten years, although it might have been fifty, or it might have been five, so no satisfaction could be got out of it. The farmer’s reason for wishing to know whether the doctor could tell how long it had been buried was to see whether the time corresponded with the earliest reports he had had from men working down there. His theory was that the woman had been done to death at the place behind the tent and buried, of course, where the bones were found.

The farm has been in his and his ancestors’ possession for many years and there is no record or tradition of any body, European or native, having been buried there. Also, I may say the place had a bad name amongst the natives; there is no kraal within a considerable distance, and no native would dream of passing the place after dark. It was ‘Tagati.’*

[It would be interesting to know if the appearances have ceased since the body of the woman was discovered.—Ed. ‘ Light.’]

A Weird Experience in Zululand.

Sir,—With reference to the ‘Weird Experience in Zulu-land,’ which you printed in ‘Light’ of May 15th last (p. 233), I send you one of the bones of the woman—it appears to me to be the ‘sacrum ’—and in reply to your footnote I am able to inform you that I have lately seen the owner of the farm on which the occurrence took place, and he tells me that all the noises have now ceased.—Yours, &c.,

[We have duly received the package containing the bone referred to by Mr. Wooldridge, and are pleased to know that the disturbances have ceased.—Ed. ‘ Light.’]

Phantom lights often act in a sentient way and have been known to cause injury. Often when touched, they explode. However, this is the first time I’ve heard of broken limbs. Still, given the cavalier handling of the bones and the indifference of the authorities to investigating the woman’s identity and cause of death, we can’t blame the ghost for wailing and getting physical with the investigators. I was, frankly, surprised not to have read in the next issue about the bone wreaking havoc in the editorial offices, as we would undoubtedly have done, had the bone been plucked from a mummy by one of H. Rider Haggard’s heroes. Let us hope the lady of the bones rested in peace.

Other ghost stories from Africa? chriswoodyard8 AT gmail.com