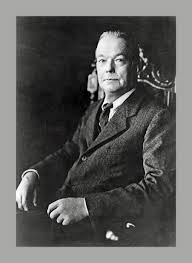 A rambling post with many unanswered questions triggered by a story of a famous psychic researcher and his personal haunted house.

Beds Are Rocked in His New Jersey Home

New York. Dr. Walter Franklin Prince recently went to investigate the ghosts, but today, it was revealed, the ghosts are investigating Dr. Prince.

Back from the snow-bound wilds of Antigonish where he discovered the fire-setting ghost of the MacDonald farm to be Mary Ellen MacDonald, herself, Dr. Prince today told about a ghost of his own, somewhere in New Jersey.

The American Society for Psychic Research investigator described to the Untied Press the antics of his private spook, which for months has caused alarm and amazement in his New Jersey home. The whereabouts of the unearthly visitor’s demonstrations, Dr. Prince declined to disclose, saying it would not increase the value of property if the facts were known.

Dr. Prince’s ghost, from his statements, appears even more remarkable than that of Antigonish. It rocks beds, producing a sensation akin to sea-sickness, in the occupier, it raps, imitates a peg-legged man walking on the floor above the haunted room and gives other unearthly demonstrations of its presence.

Like the spook of Nova Scotia, Dr. Prince’s private spirit is dependent upon a girl for its communication with this world.

“I have lived in the house where this ghost is demonstrating for three years,” Dr. Prince said. “It made known its presence by raps which continued at times for months.

“Visions of persons never known to my family or myself floated in the air. Later they were identified.

“Footsteps of a man with one leg shorter than the other were heard waling above our heads. We learned that a man so deformed had died in this very house 15 years before.

“My daughter Theodosia tells wonderful things with the aid of a crystal. She was able to describe furniture on the third floor of this house as it existed many years before we occupied it.

“Recently the ghostly rappings have occurred in my office.

“These are not heard by others than myself. They usually occur in groups.

“One phase of the unearthly phenomena at my New Jersey home was the violent shaking of my daughter’s bed after she retired. This would keep up sometimes for half an hour. When I occupied the bed the same thing occurred. It produced a feeling akin to seasickness.”

Given the poltergeist features of this haunting, we should not be surprised to learn that Theodosia Prince was an adopted foster daughter with multiple personalities. The history of poltergeist vectors is full of children with traumatic backgrounds and operating in states of dissociation. (See this previous post on incendiary poltergeists for some examples, including the Antigonish case. Another example would be the story of Tina Resch of Columbus, Ohio.)

Theodosia grew up with a violent and probably sexual abusive father. When he hurled her to the floor when she was three years old, she began to show signs of dissociation. Prince was an Episcopal priest in Pittsburg when the dysfunctional family came to his attention. He and his wife adopted the child in 1908 to rescue her from her family’s chaos. Other shocks, such as the death of the girl’s real mother, led to the emergence of other personalities such as “Sick Doris” and “Sleeping Margaret.” In what would probably be considered a conflict of interest, Prince then studied “Doris Fischer,” as he called her to protect her identity and wrote a number of studies about her five personalities and the process of re-integrating those personalities. You can read an article about “Doris” by Prince and Dr. James Hyslop here. A whole list of references is given here.  The theory of multiple personalities is today controversial, but was widely accepted and studied at the time Dr. Prince was doing his research. Dr. Prince is also famous for studying another woman who may have been a case of “split personality:” Pearl Curran, who channeled  the literary output of Patience Worth, supposedly the spirit of a 17th-century Englishwoman. [another post, another day.]

Besides his many studies of “Doris,” Prince wrote about Theodosia’s  abilities in The Psychic in the House, 1926. Here is one comment from the book:

I have hinted at the possibility, if not probability, that the something in the psychic and the something in the house react upon each other….Take the psychic of this volume and the various houses in which she has lived. She had lived in seven houses, and spent periods in others, without hearing mysterious sounds. But in the subsequent three residences she has heard them. It is highly improbable that say ten houses would successively have utterly lacked a quality which the next three possessed. It is intelligible that something in her developed to the point that henceforth she is capable of stimulating activity on the part of the something in the house…

To Dr. Prince’s comments I would have added that perhaps as Theodosia grew older, she came to some state of physiological development or some psychological state that made her more “psychic” in those houses.  Poltergeist activity is often correlated with hormonal shifts such as puberty and menstruation. I do not have her birthdate, but from uncorroborated statements on the web, Theodosia was well beyond puberty at the time of the book and article–however, some of her “personalities” were much younger.  Polt activity is also often pointedly symbolic. Dr. Prince is apparently too discreet to give an explanation for the shaking bed, although, in fairness, he experienced the same phenomenon himself. The Prince house seems to have had an overlap of phenomena: traditional hauntings that predated his residence and poltergeist activity perhaps caused by the “psychic” Theodosia. Or was it a case of the psychic researcher getting a bit too close to his work, as he did when he decided to study his adopted daughter? It would certainly be difficult to be objective about what was going on in one’s own home.

When I was interviewing people about their haunted houses, invariably I would find some who claimed, “Every place I’ve lived is haunted.” Of course, it was more likely that the person was bringing their own private poltergeist to the party. Questioned further, there was invariably some unresolved trauma in their past plus ongoing difficulties that echoed the previous trauma. It was the perfect climate for poltergeist activity. I find it interesting that Prince uses the phrase “stimulating activity,” because it often seemed like certain people were a) drawn to haunted locations and, b) while living there, were the catalyst for ongoing strange phenomena. What role does location play in the development of psychic or PK abilities? Can we say that a “haunted house” brings out hidden PK traits in people, such as rappings? Or that those people are drawn to certain “energies” in the haunted house? Or do we merely say that persons with a  history of trauma or a tendency to dissociation find life in certain houses stressful for reasons we do not understand?

Nicholas Reiter, of the Avalon Foundation, discusses a similar topic of “parallel experiences” (persons living in houses with traumatic histories or stories of former residents that match or parallel their own) in this report on a haunting in Indiana.  Would this mean that if a perfectly normal, healthy person moved into a haunted house, they would not be affected by it? That it is only a troubled tenant who would be “infected” or experience “ghosts?”

What does that say about Dr. Prince, who chronicles his own experiences in the New Jersey house in his book? Did he enter into a shared delusion with his daughter? Or does it mean that the haunting was objectively “real?”

I do not know. But as someone whose grasp of reality is tenuous at best, I am content to live in an unhaunted house.

All tosh? Rap once for yes; twice for no to Chriswoodyard8 AT gmail.com