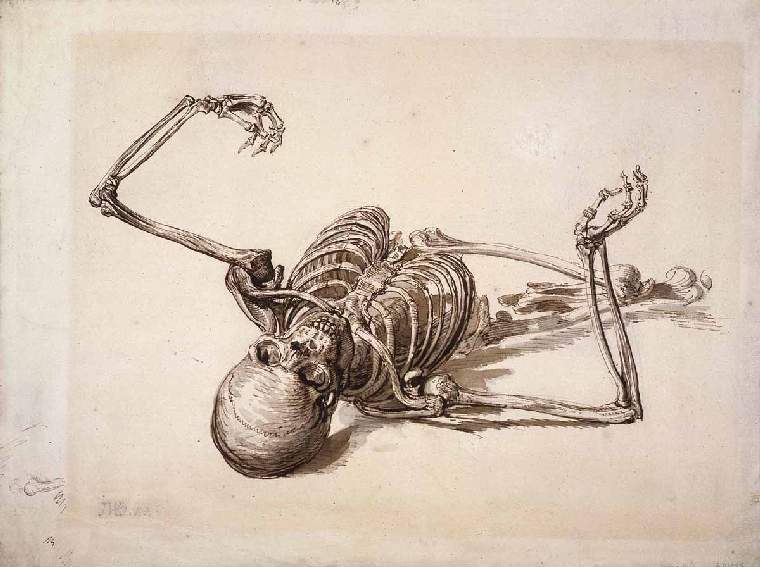 I’ve collected several hundred stories of mysterious images that appeared on various media: on gourds, on cloth and wood, and, my personal favorite, window glass. These “lightning daguerreotypes” were something of a Fortean fad beginning (roughly) in the 1870s. The most typical were of human faces and they often had a funereal subtext: the faces were of the dead, believed to be etched in the glass by a flash of lightning. These “window-pane ghosts” startled friends and relatives with their ghastly and unscrubbable likenesses, but all were mere surface appearances, except for a rare set of multiple images from a small Colorado town that cut to the skull beneath the skin.

Skeletons at the Cliff.

Special to The News

Silver Cliff, Colo., Sept. 19. To-day’s [Silver Cliff] Rustler gives a long and thrilling account of the human skeletons which have been discovered on the window of a house in this city. The paper states that this curious phenomenon is to be seen on the upper part of one of the north windows of the Powers residence in the west end of the city, and describes it in substance as follows: The window is composed of four long panes, and on the upper right hand one of these is a perfectly formed human skeleton about thirty inches in length. The skull, cheek bones, collar bone, ribs, arms and legs are all quite distinct, but from the knees down a shroud is wrapped around, completely hiding the ankles and feet. Standing at the side of this is a smaller skeleton, while on the pane adjoining is another smaller skeleton lying down, and around this are blood-looking stains and a number of gory finger marks. These objects can be plainly seen from quite a distance on the outside, but from the inside the glass appears to be clear as any other window.

The house is occupied by John Skivington, a man by no means superstitious, but who has become so annoyed by the host of visitors coming to see the ghastly spectacle and the nervousness thereby caused to his family that he has decided to remove this part of the window. Your correspondent, like hosts of others, became curious at the Rustler’s account, and after visiting the house found everything as represented. The objects are best seen by the light of the morning sun, and, like daguerreotypes, they shade most plainly from certain positions. Mrs. Skivington has washed the glass thoroughly on both sides, but this only tends to brighten the outlines of the ghosts.

No one can account for these graveyard sentinels, which stand unhanged and grin unceasingly at the passers-by. Hundreds of people are flocking to see it, but none can invent a theory which can even satisfy themselves. Blood-curdling legends of insanity, murder and suicide are afloat, but your correspondent can learn nothing tangible of them. There is great excitement.

Strangely, this is the only article I’ve been able to locate about these images. Usually such a wonder would be widely syndicated. The 1880 census puts Skevington (and I desperately wanted to read the family name as “Skellington….”), aged 36, in Rosita, (Custer County, same as Silver Cliff) with his wife Fanny, a 12-year-old son, Charles, and two daughters, Myrtle, aged 9, and Jessie, aged 2.  I suppose we might blame Charles for some kind of polt glass-etching.  Perhaps I wrong him, but I imagine the youngster sketching skellies with a bar of soap or some sharp tool, smearing finger marks in animal blood, just to add a touch of verisimilitude to the thing. Yet it seems unlikely that young Charles knew the specifications for the standard window-pane ghost. These skeletons tick all the “mysterious faces-in-the-window” boxes: only seen from the outside, washing makes the images brighter and more distinct, best seen at a certain time of day, and a reference to daguerreotypes.  But instead of the usual image of a face, a butterfly, a cross, or a postal worker, there’s that bony and more thrilling reminder of mortality–fenestra mori.

Other skeletal lightning daguerreotypes? Charles Fort reported on the death’s heads that appeared in 1872 during the Franco-Prussian War, so there is a precedent. chriswoodyard8 AT gmail.com